Each week 24 daring new contestants of all ages, shapes and sizes will go head to head through rounds of grueling and physically demanding but wildly hilarious obstacles to win the title of "Wipeout Champion" and the grand prize of $50,000. The contestants and the courses change every week, including new over-the-top obstacles such as "The Catapult," "Plank in the Face," "Hurtles," and the return of the fan favorite the "Big Balls." In the end, only one contestant will win, while everyone else will Wipeout! 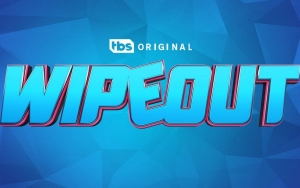 Olivia Rodrigo, Lil Nas X and Others Tapped to Appear in Final Episodes of 'SNL' Season 46

Kim Kardashian 'Feels Like a Loser' Amid Kanye West Divorce