Elsie (Shannon Woodward) and Stubbs (Luke Hemsworth) head into the hills in pursuit of a missing host. Teddy (James Marsden) gets a new backstory, which sets him off in pursuit of a new villain, leaving Dolores (Evan Rachel Wood) alone in Sweetwater. Bernard (Jeffrey Wright) investigates the origins of madness and hallucinations within the hosts. William (Jimmi Simpson) finds an attraction he'd like to pursue and drags Logan (Ben Barnes) along for the ride.

"The only thing stopping the hosts from hacking us to pieces is one line of your code." -- Stubbs

Bernard begins a diagnostic with Dolores, who assures him she has not told anyone of their conversations. He brings her a gift, Alice in Wonderland, asking her if the passages in the book remind her of anything. "But if I'm not the same," she reads, "the next question is, who in the world am I?"

The day begins and as Dolores gets ready, she discovers the revolver in her drawer, uncertain of its origin. The voice asks, "Do you remember?" and Dolores flashes back to her encounter with the Man in Black. She slips into another moment and reopens the drawer, only to find the gun is no longer there.

William goes for a morning stroll through Sweetwater when a gunfight breaks out on the street. Clementine is taken hostage and it becomes clear that it's up to William to take action. His resolve falters and he is shocked to discover that he can be shot, sent reeling on impact. From the ground, William shoots the bandit and rescues Clementine. Nursing his small battle welt and embracing the role of hero, William decides to go on a bounty hunt for Slim Miller.

With increased corporate board scrutiny and Ford's recent takeover of the new storyline, Theresa tells Bernard that the update issue needs to be fully resolved. His team's continued probe into the glitch does not inspire confidence. Bernard finds Elsie examining the footage of Walter's rampage. She points out that Walter was talking to himself throughout, "I need more milk, Arnold," and after pulling the narrative logs, she discovered the six hosts Walter killed all killed him in previous rotations. Elsie then receives a notification of a stray host and goes with Stubbs to track it, as Bernard tells her to let him deal with the glitch investigation.

Teddy and a guest head to the Mariposa after a successful bounty hunt. Upon seeing Teddy, Maeve flashes to her memory of him in Livestock Management. Outside, Dolores drops her can, and on cue, Teddy picks it up. They ride off on their familiar jaunt, but this time Dolores wonders if there is somewhere else they could go, and start a new life. Teddy tells her of a place they can go, "where the mountains meet the sea," but only someday--he needs to reckon with his past first before he can move forward. He escorts her back home and they hear gunfire erupting up at the ranch.

A newly repaired Teddy finally gets a real backstory, thanks to Ford's new narrative --a detailed past involving a villain named Wyatt-- and is sent back to the fold. Coming to Dolores's rescue as she is harassed in town, Teddy teaches Dolores to shoot. When she cannot fire the gun, Teddy reasons, "some hands weren't meant to pull a trigger," and the sheriff rides up beckoning Teddy to hunt down Wyatt.

Elsie and Stubbs find the stray host's posse stuck in a loop without him there to propel the story. Stubbs searches the stray's tent and he and Elsie note strange markings on the back of a carved turtle.

As they ride off in search of Wyatt, Teddy tells the sheriff Wyatt was his sergeant and friend during his stint in the army--but he came back from a mission with strange and violent ideas. The search party comes upon an injured man tied to a tree, and is ambushed. Teddy leads the charge, providing cover for a few nervous guests to escape back to town, as the rest press ahead.

Dr. Ford supervises design techs working with new hosts. Noticing one tech has modestly covered his naked host with a blanket, Ford reminds him the hosts are not human and slices the host's face with a scalpel. Bernard pulls Ford aside and admits his lingering concerns about host memory recall, specifically because the hosts are all talking to someone named "Arnold". Ford reveals Arnold was his partner when he founded the park, but they had differing goals for the hosts. Arnold was interested in creating consciousness based on the theory of the bicameral mind; Ford was not. Ford tells Bernard that Arnold died in the park and warns him not to fall victim to the same obsession: "the hosts are not real. They're not conscious."

Bernard video calls with his ex-wife, as he does each year on the anniversary of their son's death. When asked if he wishes he could forget, Bernard responds, "This pain, it's all I have left of him."

Elsie and Stubbs continue their search for the woodcutter after nightfall. Elsie walks off and discovers the host has fallen into a ravine. Elsie messages Bernard for backup as Stubbs prepares to relay down into the crevasse.

Teddy and his party are still on the hunt for Wyatt when they are ambushed again. This time, Teddy is overtaken by mysterious masked men.

In another diagnostic, Bernard tells Dolores he needs to restore her to her old state in order to keep her safe. Dolores wonders if she's done something wrong and Bernard tells her about the time he taught his son, Charlie, to swim. He decides not to change her back and Dolores promises to stay on her loop.

Dolores hears the sheriff's mission with Teddy did not go well. She rides home and once again finds the bandits attacking the ranch. She slips in and out of moments, remembering previous guests and the host who previously played her father. As Rebus stands over her in the barn, she remembers the Man in Black in the same position. She discovers a gun in her hand and the voice tells her "Kill him," and she shoots Rebus. Confused by what is real and what's not, Dolores rides away.

Stubbs saws into the woodcutter's neck in order to safely retrieve him. Halfway through, the stray host wakes from sleep mode and attacks Stubbs; Elsie is unable to control him, and the host uses Stubbs's equipment to climb out of the ravine. Grabbing a boulder, the stray smashes himself in the head until he collapses.

Logan and William sit by a campfire when Dolores rides into camp and collapses into William's arms. 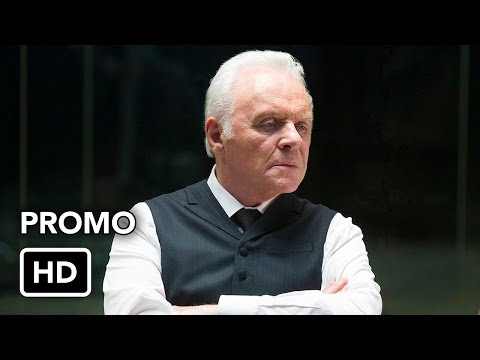