Mike hosts a press conference regarding the House vote results. He stakes his reputation on the fact that "Selina Meyer will never be Vice President ever, ever again."

Selina offers her "help" to Tom who will likely become an accidental president. Selina wants to be Secretary of State. Tom counters with "Vice President -- take it or leave it."

At a legacy meeting with the team, Kent tells Selina she is the 43rd most-liked president out of 44. Selina proclaims her legacy should be the freeing of Tibet.

Desperate to make Tibet happen, Selina meets with a Qatari delegate who relays that the Chinese are hesitant because Selina is out of power. To convince them otherwise, Selina reveals she will become the Vice President.

Selina accepts Tom's offer, and he laughs, telling her she is going to be a very important part of his administration.

Jonah walks into his office to find three very attractive male interns. After Colt brings him a fantastic latte, Jonah decides he can keep them.

CNN reports on the Senate vote for Vice President; because the presidency is vacant, the winner will assume the role.

On video chat, Selina tells President Lu she is excited to continue working with him. Lu responds he is excited to work with Senator James. Selina retires to the Oval to watch the Senate vote, which results in another tie. The final decision is in the hands of the current Vice President, Doyle, who votes for Senator Laura Montez. Amy's intel suggests Doyle orchestrated the whole thing because he is getting Secretary of State.

Gary melts down, accusing the entire team of letting "that magnificent woman" down.

One day before Montez's inauguration, Selina clears out her office. Ben and Kent run into each other at a publisher's office. Mike updates the press with Montez's itinerary, and Selina sees on MSNBC that Charlie Baird has been selected as Secretary of the Treasury.

Selina finds Richard cleaning out Jonah's old office and invites him for a drink. She ponders how she will get by in the real world before curling up, drunk, on the floor.

The next morning, Selina wakes up hungover. Jonah's roughhousing with his staffers disturbs Roger Furlong, who tells him the first rule of hiring male staff: "They must be substantially less attractive than the congressman."

Amy runs into Candi Caruso, Montez's new chief of staff. Mike and Wendy introduce Ellen, their adopted baby to the team, and Selina has tea with Montez and her family.

Dan covers the inauguration for CNN. Selina confronts Doyle and Montez is sworn in. CNN reports that "mere minutes into her presidency, President Montez has brokered a deal with the Chinese government to free Tibet."

Selina struggles to say goodbye to her team, and boards her exit helicopter only to land shortly after, due to engine troubles. Arms folded, waiting for her motorcade, Selina listens to Montez's parade. 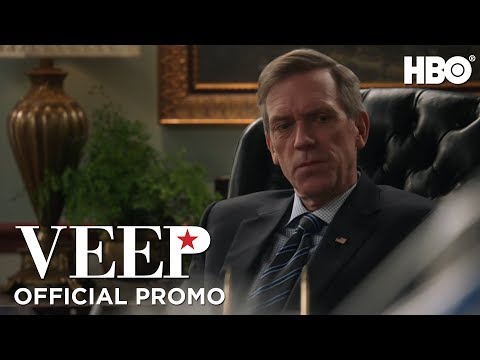