In honor of the Thanksgiving holiday, Selina pardons two turkeys at a ceremony in the Rose Garden. Meanwhile, Dan learns that he's been "greened"; his blue pass was revoked because of a security glitch, thus limiting his access to the White House.

Catherine asks when her mother will be joining the family for Thanksgiving, but Selina tells her she has to shore up her vote with Congress instead. In actuality, she's using the holiday to have plastic surgery on her eyes. Before Selina goes under the knife, Ben informs her the South Korean Prime Minister wants to discuss trouble with North Korea, and the CDC is reporting a few cases of salmonella linked to contaminated turkeys.

As the salmonella scare increases, Ben and Kent decide to send Tom James out to comfort the public while Selina is having her procedure. Dan is sent to work for Tom, who presents him with his coveted blue badge. Slowly, Tom begins using Dan as his own Gary. When the number of cases continues to rise, Ben asks Doyle to make a statement on behalf of the White House. Doyle is suspicious about Selina's supposed "dental surgery," as the 25th amendment should be invoked if the president is incapacitated.

After her procedure, a raccoon-eyed Selina calls various congressmen to wish them a happy Thanksgiving and to talk to them about the upcoming vote. Unfortunately, many are distracted by the salmonella outbreak, and are wondering why Selina hasn't made a statement herself.

Mike calls Wendy to tell her their baby surrogate, DebraLee, is a go. They ditch their families to celebrate at a hotel room, which Mike got for free as it was used to house the pardoned turkeys.

Ben informs Selina that Rep. Sherman, the oldest member of the House, has died. Yet again Selina can't give a statement because of her appearance, but Kent sees a bright side. Sherman was a staunch supporter of O'Brien and losing him could mean a new vote for Selina -- if they can get New Hampshire to hold a special election in time. They decide to call Jonah's uncle Jeff Kane, the state's political "kingmaker," for help.

Despite Selina's objections, Ben and Kent approach an increasingly-suspicious Doyle, but he refuses to make a statement about Sherman unless he meets with Selina in person. After their meeting, Doyle agrees to give a statement -- on the condition she considers him for Secretary of State.

Kent and Ben meet with Jeff, who tells them they need to move fast, as Sherman's widow is gunning for the seat to continue her late husband's legacy. Jeff suggests his nephew, Ezra, for the seat but he's currently serving in Afghanistan. They'll need a disposable candidate for the interim -- a "spectacular dumbass" willing to fight dirty against the widow.

Jeff approaches Jonah at Thanksgiving dinner and asks him to run. Jonah is beyond thrilled at the request, but deflates when his uncle clarifies he'll only sit for one term before Ezra takes over.

After watching Mike flail at a press conference about the salmonella outbreak, Selina decides to take action. Aboard an aircraft carrier, Selina (donning aviators) serves Tofurkey and claims the "top secret" mission necessitated her radio silence for the past 24 hours. Gary brings word that Jonah is running for Sherman's vacant seat, leaving her speechless. 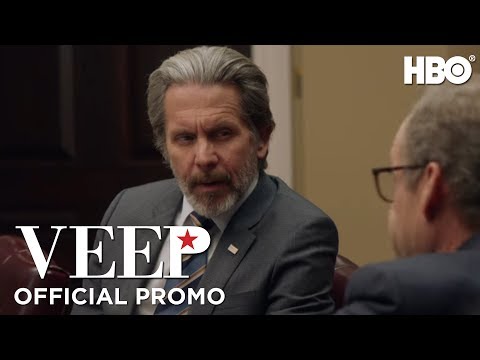