Over breakfast, Mike complains to Wendy about how stressful his job has become and how much he hates being in the spotlight. Making matters worse, he's "getting hammered on the Families First Bill," which Selina has tasked him with calling the "Meyer Bill." The press, however, have dubbed it the "Mommy Meyer Bill."

Alongside Bill Ericsson, Kent, Tom James and Ben, the President re-watches herself win the first debate. Sue confirms details of Selina's "relaxing evening" with friends from her lawyering days. She also announces that there has been a shooting in Pittsburgh that left four people dead, including the gunman - an ex-Marine.

Amy and Dan lobby at the American Concrete Federal Convention. They address a gaggle of attractive young women, brought in to be "sale bait" to lure Congressmen into the room -- "in a way that is deeply feminist," Amy assures them. "We then introduce our client, who makes a sale, in a way that's deeply capitalist," adds Dan.

Selina and her team discuss how her Families First bill is "getting crucified on the Hill." Selina insists that the people love it, and she wants to stick with it; Tom James gently suggests he's more in touch with the average American and that they want to pay for their own families -- not other people's families. Suddenly, the Secret Service enter, automatic weapons in hand: There's an intruder in the White House. "I actually think I should have a gun," Selina says, dwarfed by the circle of Secret Service agents surrounding her. "I'm not making a joke. I really would like to have a gun."

After the Secret Service gives the all clear, Selina demands to know what the intruder was shouting. Ben obliges, revealing that he shouted, "Let me up, I want to kill Tom James and that bitch." Selina is incredulous. "He comes here to kill me and he doesn't even know my name?"

Richard and Jonah prepare for the Town Hall event; Richard helpfully tests the microphone's ability to deal with plosive sounds with the phrase, "Bring. Back. My. Pig."

Onstage at his Town Hall event, Tom addresses the crowd about Families First. As expected, he's nailing it -- "like Streisand hitting a high C," according to Richard. That is, until he responds to a question about the shooting in Pittsburgh. He labels the gunman a victim, because his "mind was maimed in the service of his country." Jonah and Richard try, and fail, to stop him talking and get him off stage.

Meanwhile, back at the White House, before Ben can stop her, Selina addresses the press about the intruder incident. He and Ericsson motion her to leave the stage, so she turns the podium over to Mike, who gets hit with questions about Tom's statement. Despite having no real knowledge of what's happened, Mike stumbles his way through some kind of official response.

Dan and Amy's boss, Sidney Purcell gets word of Tom's statement, and he's not happy. He's worried it will affect his gun and security clients who sell weapons to the military. Amy quickly devises a solution that keeps them out of being involved in any "unhealthy" gun debate.

Following the press conference, a beleaguered Mike is criticized by Bill and Ben over how poorly he handled the Tom James situation. "Tom James took a crap all over America," he shouts. "Why do I gotta grab a shovel? I'm not a shit cleaner!" Selina reminds Mike that he is a shit cleaner and badgers him about her Families First bill getting dubbed the Mommy Meyer bill. "It's like they took the words 'brain tumor' and changed it to 'Selina cyst'," she complains.

Later, Tom decides to abandon a prepared statement and freestyles a heartfelt apology in which he says he's sorry for calling the gunman a victim. It's very well-received. Afterwards, Jonah and Richard introduce themselves to Tom, and accidentally let slip about the second data breach, which they quickly attempt to deny.

Selina welcomes her three friends to the White House, and they awkwardly catch up over drinks. They're disappointed when Selina brings them into the executive dining room, and they discover that they're eating pizza -- just like the old days, when they "couldn't afford anything else," one of them notes. Another jokingly asks, "What's for dessert? A tub of ice cream and four spoons?" only to have Gary confirm that it is.

Back at the White House, Ben and the others congratulate Tom on his excellent apology. Jokingly, Ben asks Tom if he has any other crazy views they should know about. Tom rattles off a few silly things, suggesting he's in favor of sterilizing everyone from New Jersey, and assisted dying for anyone who talks in a movie theater. He concludes by saying that drugs should be legalized, and the others are horrified to learn that he's no longer joking. After getting them all to calm down, Tom promises not to say anything about his thoughts on drug policy, but in the spirit of honesty, wants to know about the second data breach. Despite Bill and Ben's protests, Mike spills the beans about the "I Care" mailer. Instead of getting mad, Tom accepts his fate, pours himself another drink and proposes a toast to "even more shit."

During dinner, Selina brings up her Families First bill. Her friend Deborah doesn't think it's a good idea, especially after all the amendments that were added. However, Deborah says she'd happily support it if Tom James were selling it, because she "believes in him." Selina lashes out at her, then attempts to excuse herself, claiming she's very tired. But before she can leave, the Secret Service enter and surround her -- there's another intruder on the grounds. 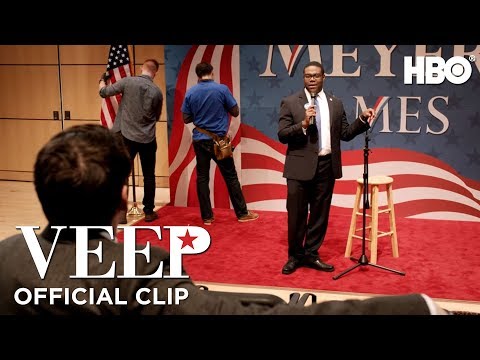 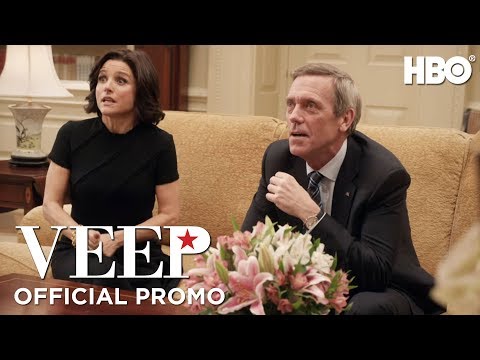