"Madam President, I'm here to serve. You are the sun, and I the moon...of Jupiter. Not even one of the good ones." -- Tom James

The President and Tom James work a line of supporters at a campaign stop in Pennsylvania. Kent reads the glowing headlines to Gary: "'Dream Ticket.' 'Dynamic Duo.' 'Tom James: Best POTUS We Never Had,'" though Gary warns him not to show that one to Selina. The crowd is in love with Tom, and Selina, refusing to be outshone, won't let Tom have the last word -- or joke.

On the campaign bus, Selina tells Gary that she believes there's a lot of sexual tension coming from Tom, based on clearly innocuous "signals". She explains that about 12 years ago, she and Tom "almost f**ked," but she's interrupted by a call from Ben and Bill Ericsson, who tell Selina that a large hurricane is "about to take North Carolina from behind".

The following day Selina and Tom attend a Bike for Health event in Maine, where once again, the crowd is going gaga for Tom. Mike notes glumly to the others that Amy is still angry with him after he issued a press release saying that she resigned because she was "unstable".

Dan gives Amy a tour of Sidney Purcell's offices, hoping to get her on the team. Her obsession with her recent resignation is apparent, however, and Dan asks her to cut out "the whole keep-her-away-from-scissors thing" if she wants a lobbying job.

In a limo heading to an evening event, Selina tentatively questions Tom about their near-encounter 12 years prior, though he doesn't remember it the way she does. Selina admits her humiliation to Gary, who assures her he understands her pain. Selina tells him that's impossible because he's a guy, and thrilled to be considered one, Gary offers to talk to Tom for her, "Like guy on guy." Selina balks at the suggestion and tells Gary he has to stop doing things for her. To prove her point, she wants to fly solo at the following day's pancake brunch.

"Dan Egan is back. Like denim and measles." -- Dan

Dan hosts a networking party for himself, announcing that he's "back from exile". "This is a soulless parade of vanity and ambition," Amy notes. "Isn't it great?" Dan agrees. After a snide comment from a colleague, Amy storms out of the party with Dan in tow. "The best way to get revenge on these people is to use them to make a shitload of money," he advises. "Mark Twain said that." Amy refuses to get involved, claiming to hate D.C. "It chews you up and shits you out and then you are left with nothing but the night sweats and flashbacks." He begs her to find a way to release her anger and frustration, and so Amy starts screaming at the top of her lungs in the middle of the parking garage. After a brush with law enforcement, who believe Dan is assaulting Amy, Dan advises her to "go to a spa, take a Pilates class, go to a f**king church and find someone there that has some Valium and take four of them."

Believing that he's been called in for a job interview with Senator Wilkie, Jonah attends a meeting with three middle-aged female staffers -- all tall with short, shaggy hair. He's mortified to learn that there is no job offer; instead, the women are bringing a class-action lawsuit against Teddy Sykes for sexual harassment. Furthermore, Jonah is the only male victim. Humiliated, Jonah refuses to participate, insisting Teddy's actions were just "locker room tomfoolery and nothing more". Once outside, Jonah asks Richard if he really looks like a middle-aged woman. After a pause, Richard assures him he doesn't, though he does have "that one purple shirt that looks a bit blousy".

On the campaign bus, Gary, Mike and Kent help Selina prep for her unassisted pancake brunch while Tom -- calm, cool and collected -- catches a nap. Despite her prep, Selina flails without Gary's assistance. Tom, on the other hand, does spectacularly well, remembering small details about everyone in attendance, including a man with a colostomy bag who asks Selina to make him a short stack without cow's milk, as it makes him gassy. While Selina is confounded, Tom reveals that he mixed up batter made with soy milk in advance.

Amy goes to the spa with her sister Sophie but cannot unwind. "Only you could be irritated by gamma waves and a whale," her sister complains. Amy lasts seven minutes before calling Dan to tell him she's relaxed and ready to get back to work.

Dan, Sidney and Amy meet with a potential client, whose business Amy successfully secures. Sidney is so pleased with Amy's work that he gives her Dan's biggest clients, along with his parking space and desk.

Ben calls Selina and tells her to get back to D.C. faster than a speeding drunk, as the hurricane is about to hit North Carolina. En route, Tom suggests they head to North Carolina before the storm hits, so that Selina is on the ground with people in their hour of need. They teleconference with the North Carolina governor and persuade her to declare a state of emergency despite her misgivings.

However, Selina and her team arrive in North Carolina and learn that the hurricane veered south to Florida, where Senator O'Brien and his running mate are already campaigning. Instead of the post-storm photo op Selina planned on, she's stuck touring a local factory where Tom, yet again, dazzles the locals. 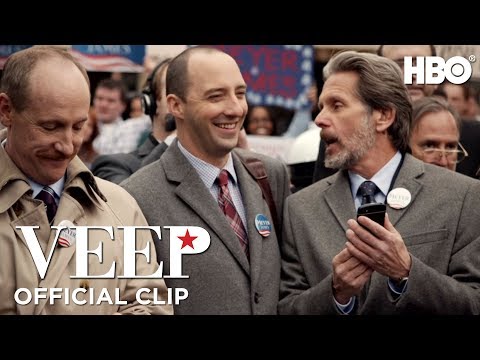 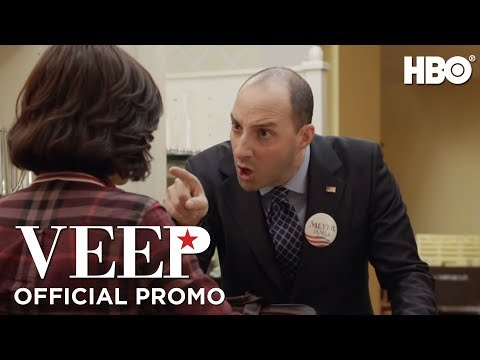