"Ma'am, this is the haircut your head has always wanted but was afraid to ask for." - Amy

At Selina's Maryland campaign headquarters, her staff -- along with Congressman Furlong, Catherine, and Jackson Pulver (a writer Amy brought in to punch up Selina's answers) -- prepares for Selina's first debate in New Hampshire. Gary enters, beating a sorry excuse for a drumroll on his chest, and presents a Selina, made over with a short new haircut and pantsuit. Everyone struggles to mask their horror. "Just imagine," Furlong says to Catherine, "that's what you'll look like when you become a boy."

Uncharacteristically calm, Dan arrives and mistakes Selina for a man. Selina welcomes him back because she "needs his brain" but warns him not to go "schizo-titzo" on her again.

"It's the worst use of scissors since my failed vasectomy." - Mike

Selina joins her staff for debate prep and warns them that Joe Thornhill is the candidate they need to watch out for most. Dan reveals that the ex-baseball manager once had an affair, which should be powerful ammunition against him. The group also notices that Selina has developed a rather nasty eye twitch, and Amy urges her to smile through it in hopes of disguising it. Jackson coaches Selina on a variety of talking points, including her position on immigration, which she will present using "the three Rs": reform, reaffirm, and renew.

Mike confronts Gary about Selina's bad haircut, which has created a "f*ckload" of extra work for him because he has to find a friendly style reporter to help mitigate the bad press. Gary reminds him that Mike's married to a reporter, and Mike rushes off to call Wendy.

"I like the new hair get-up. You'd fit right in in the military." - Maddox

At the University of New Hampshire, Selina and the other candidates trade passive-aggressive jabs backstage before the debate. After Selina and Amy fail to bring down Thornhill's mojo with a mind game, Selina's eye twitch returns with a vengeance.

Kent notes with dismay that Joe Thornhill's poll numbers skyrocket as he takes the stage; focus groups love him. "The public will vote for anybody they recognize," Senator Doyle says. "We could lose to the whale from ‘Free Willy.'"

Maddox, on the other hand, isn't doing nearly as well, as he speaks and moves awkwardly on the stage. "He looks like he just came out of the bathroom and then decided that he hadn't finished yet," Doyle notes.

Amy intercepts Wendy as she arrives, pushing her towards Gary, who's afraid to say anything that will make Selina look bad. Wendy reassures him that now that she's with the Style section she's "basically brain dead."

The moderator asks Selina about the controversy surrounding Ray, her former personal trainer, and for a response to the idea that she "cares too much about image." Backstage, Wendy tells Gary she likes Selina's new look much better than her London outfit, which he doesn't take credit for and blames entirely on Ray. But on stage, Selina denies that anyone but her makes decisions in her office.

Joe Thornhill answers a question intended for Governor Chung about youth unemployment. He takes center stage, blocking Selina from the camera's view, and tears into her, claiming she has higher priorities than youth unemployment and has "become distracted by the trappings of her office."

Gary runs to Mike for help diffusing his slip up with Wendy, but Mike only worsens the situation by suggesting that Gary leaked about FLOTUS, not Ray. Wendy presses Mike for details, but he insists he can't reveal anything about the First Lady. He offers her Thornhill's affair in exchange.

"This feels better than actually having sex yourself!" - Amy

After Dan gets confirmation on Thornhill's affair, Amy signals Selina the go-ahead to talk about it. However, Thornhill admits to the affair and explains that he and his wife were able to work things out. He tells America that if they can forgive him, they can vote for him. The audience applauds his candidness. "I hate confessions," Ben laments backstage. "Unless they've been beaten out of someone."

With Thornhill's confession rendering the story useless, Wendy insists that Mike spill the beans on FLOTUS or let her have the Ray story. When he refuses to budge, Wendy realizes their marriage will always be a conflict of interests. "But that's what marriage is," Mike insists. "A conflict of interests!"

The moderator opens up the debate to the audience, and a woman, Angela, explains how her mother lost her house because the bank refused to lower its mortgage rates. She asks the candidates how they'll protect people like her mom from the banks. At the same time, Maddox sees Selina's eye twitch and reflexively looks at her with disgust. The camera catches the look, which appears to be at Angela. Caught off guard, he bumbles incoherently about closing "loopholes and legitimate holes," repeating "hole" over and over again.

"Thank god for Twitchy. He really saved us. I love that on a guy." - Ben

After the debate, Kent reviews the polls: Thornhill leads with Selina in close second; Maddox comes in last with a meager 8 percent. "Maddox dialed M," Kent notes, "for murdered himself."  Jonah, in hopes of saving his career, approaches Dan to apologize for being insensitive about his mental health issues. "Go f*ck yourself, Jack and the Giant Freakstalk," Dan tells him. "Your team lost, and you should be fitted with a leper bell, you sinking shit." 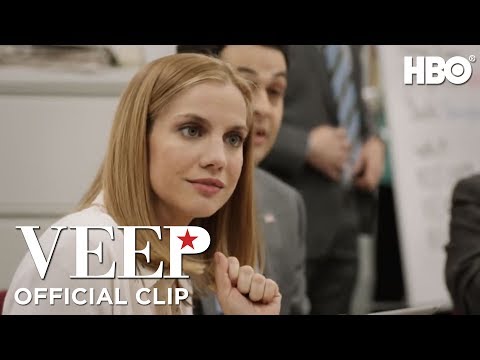 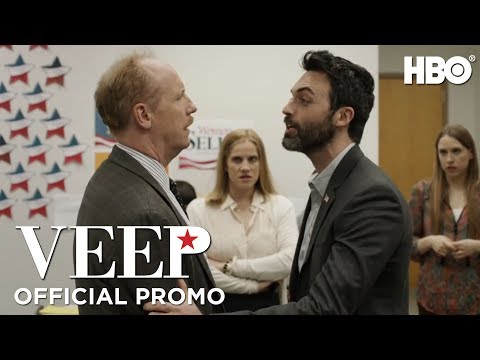