"We are in the ass of the hurricane now." - Dan

Selina's campaign begins in earnest, as her staff prepares their underlings for the months ahead. Selina enters and addresses the group. She confronts Gary about the strong scent of Icy Hot on his injured shoulder, noting that the stench makes her nostrils feel "like Vietnam."

Afterwards, Ben confirms with Selina that she's lunching with Bill Ericsson, her ideal campaign manager. "He's Amy without a conscience, and he's Dan without the five percent that needs to be loved," he explains.

Gary heads to the men's room to wash the Icy Hot off his shoulder and bumps into Mike emerging from a stall with a cooler bag. Busted, Mike explains that he and Wendy are trying IVF and the bag is full of "little Mikes." He begs Gary to keep his secret.

Selina lunches with Bill Ericsson. He points out the shortcomings of her staff and tells her she needs to fire everyone -- even Gary. "Do you really want him standing behind you for the next eight years like an asshole?" he asks. If she fires her entire staff, Ericsson promises to maximize her chances of becoming the most powerful person on Earth.

Gary visits a doctor for his shoulder, who tells him he needs to stop carrying the Veep's bag. Defensive, Gary inquires if getting a new shoulder is a viable option.

"People like Maddox have guns on the wall next to the animal heads. It's like a flow chart for people who don't know what firearms do." - Selina

Sue informs Selina that Maddox has invited Selina to his country house. She's less than enthused about spending time in nature, but Amy reminds her they need to talk Maddox out of running because they perceive him to be a bigger threat than Danny Chung. With his IVF duties on his mind, Mike worms his way out of joining her, which forces Selina to choose between Dan and Amy. Though they promise not to read into her decision, Dan takes it as a clear victory when Selina chooses him.

Jonah, now Maddox's bagman, greets Selina, Dan, and Gary. Maddox invites Selina to fish with him, which really means that Dan casts her line every time Maddox turns his back. Selina tries to broach the topic of Maddox agreeing to be her Secretary of State, but they're interrupted when Selina gets a bite on her line.

Amy throws a dinner party with Ed, Sue, Mike, Kent, and Ben. She is uncharacteristically nice to everyone because she wants their support as campaign manager.

During dinner, Ed reveals that Jonah got his job with Maddox because his uncle is Jeff Kane, the man who controls the senior citizen vote in New Hampshire. Amy tosses everyone out, including Ed, despite it being their one-year anniversary. She calls Selina to tell her about Jonah and to order Dan to poach him. Dan tries to sweet talk his way into Jonah's trust but fails after implying Maddox hired him because of his powerful uncle.

Selina makes another attempt to bargain with Maddox. She offers to make him Vice President, but he tells her he'd rather she serve him because she's "already vetted." Selina storms out in a rage, declaring, "I'd rather be shot in the f*cking face than serve as Vice President again!"

"Mike, it would please me greatly if you would do me the honor of removing your j*zz box from our executive branch of government." - Selina

The next day, Selina lunches again with Ericsson to tell him that she plans to fire "desperate Dan, flailing Amy, crippled Gary, jizzy Mike" when Dan appears by her side with inside polling data on Maddox. She tells him that she's making Ericsson her campaign manager, but Ericsson interrupts to tell her he's taking a better offer from another candidate, Joe Thornhill. Defeated, Selina makes Dan campaign manager.

Ben invites everyone to his "office," aka the bar, to tell them about Selina's decision when they all get a text from Dan informing them of his new role. Gary, already quite drunk on boilermakers supplied by Ben, attempts to lighten everyone's mood by suggesting that they throw Mike's "expired c*m" at Jonah's door since he lives just around the corner. 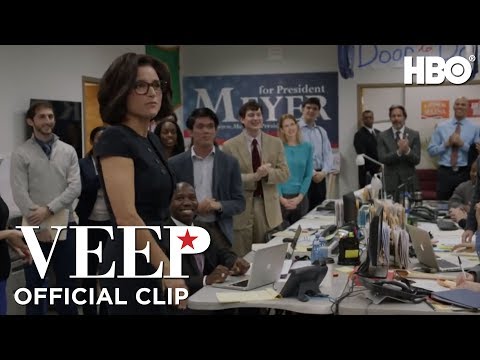 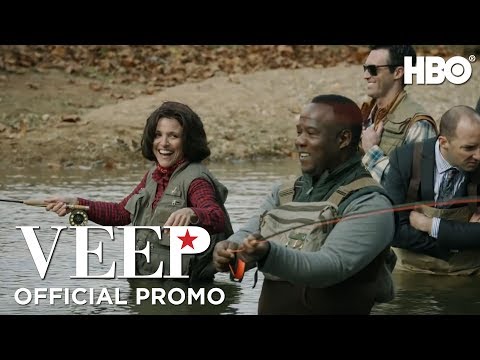