"They say all babies are cute, but whoever they are should be stuck in a stroller and pushed into traffic." - Amy

Following a speech at Stanford University, Kent tells Selina that they've launched  MeetMeyer.com. It's "everything you wanted to know about Selina Meyer that we want you to," he explains. Selina does a meet and greet with a crowd assembled outside campus, where she spots a cute baby and her young mother, Cassie, who explains that she believes her daughter has been slow to develop because of fracking in the area. She goes on to cause a scene, loudly accusing Selina of flip-flopping on her original anti-fracking position.

At the hotel, Selina and Kent discuss the fracking fracas. "If we were to rate it on a scale of one to f*cked," Selina asks, "what would you say?" He warns her against alienating Cassie's demographic -- women in their thirties -- otherwise she'll be "dead before New Hampshire."

"I haven't seen my penis since the first Gulf War and I kinda miss the little guy." - Ben

Back at the office, Dan sees that Jonah's video post about Selina's fracking flip-flop has gone viral. Ben orders him to solve the Jonah problem and then invites him out for beers afterwards. At the bar, Dan begs Ben to convince Selina to make him her campaign manager. Ben offers him some "unusable nut-fluff": During the Iraq war, Governor Chung's unit bored a man to death -- with a drill. Taking the hint, Dan happily orders them another round.

"Poor kids. They don't realize they're all going to be executed by the time they turn 30." - Mike

Selina and her staff head to the campus of Clovis, a super-hip tech company run by 26-year-old Craig Jeurgensen whom Kent describes as rich -- "wipe out the deficit rich." The group is given a tour by the company's CFO, Melissa Connors, as Craig (pronounced "Craaayg") is in the middle of his random coding hour.

Extremely hung over, Dan joins some colleagues for a lunchtime poker game, though he's less than pleased to see Jonah in attendance. He casually mentions the Chung torture story, which another colleague confirms he's heard rumors about. To trick Jonah into taking the bait, Dan fakes a "tell" on a bad hand.

At Clovis, Craig finally appears, addressing the Veep as Selina and interrupting her to have a whisper-chat with Melissa regarding a deal with Indonesia. He introduces Selina to Clovis' new tech-baby, the "Smartch" or smart watch, which exchanges Clovis profiles when two wearers shake hands. Though it doesn't seem to work, neither Craig nor Melissa see a problem. "We have a saying here at Clovis," Melissa proudly explains. "Dare to fail."

"Jonah with money. It's like if Hitler could fly." - Selina

Noting that Jonah's site has been "blowing up all day," Craig asks the group about Jonah. Gary wryly explains that "everybody knows Jonah," which Craig interprets as a good thing. He tells Melissa to buy Ryantology for $4-6 million.

Jonah is ecstatic about Clovis' offer. "Everybody who said that I'd never make it?" he crows. "Where the f*ck are you now, huh? F*ck you, Kent Davison. F*ck you Mrs. Gravestock from the third grade. F*ck you stepdad one and stepdad three!"

"Do they have a bathroom here, or do they put their turds up in the cloud?" - Selina

Melissa pulls Amy aside and offers her a job. Initially Amy declines, believing the "sheer positivity of this place" would break her. She reconsiders once Melissa reveals the enormous (but unknown) salary.

Out of Craig's earshot, Kent bargains with Melissa -- if the "public" moves the Chung torture story to Clovis' homepage, instead of Selina stories, he'll look into the tax breaks Craig suggested earlier.

At the Town Hall, Selina uses the Smartch to call up the Clovis homepage. With the Chung torture story front and center, Selina takes the opportunity to deny the accusations, but she repeats "Chung" and "torture" so much that they blow up in a the word cloud on the screen behind her. Afterwards, Dan calls to congratulate her for effectively linking Danny to torture through her denials and to gloat about leaking the story.

Amy declines Melissa's job offer and learns that Clovis "sunsetted" their offer for Ryantology only "minutes ago," as the governor had his Pentagon papers released, proving that he never tortured anyone. 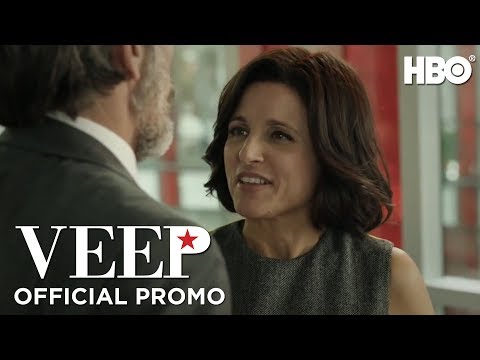