"This is the unflushable turd that's been left in the can for the next person, e.g. me." - Selina

Mike calls Gary to tell him that POTUS's bodyman is quitting and suggests Gary go for the job. But Gary isn't interested in being "a guy in his 40s carrying a bag." He insists that he has ideas and could "advise Selina on stuff."

That night, Selina and the staff arrive at her grim exploratory campaign offices, where she's less than pleased to find Richard, her hapless assistant from the Iowa book signing. Amy kept him on because Selina told her he was really good, although Selina only told her that so she wouldn't worry. Gary, depressed about his dead-end job, offers Selina campaign advice, which is only met with Dan's ridicule.

As part of her pre-campaign campaign strategy, Selina joins the Coast Guard on a night patrol. When they intercept a "suspicious vessel," Selina is hopeful for a drug bust photo op. It turns out to be nothing more than a weird guy transporting swords, but Selina doesn't have time to be disappointed because Amy has gotten word of a bigger problem: POTUS announced he's now pro-life during an after-dinner speech at the Institute of Medical Ethics.

"I can't identify myself as a woman. People can't know that." - Selina

The group rushes back to D.C. to prepare a statement and meet with special interest groups on both sides of the abortion debate. Gary reminds Selina that she wrote her stance on abortion in her autobiography, but Selina doesn't want to use it because it's "pastel-colored shit." Dan grows increasingly agitated with her for not picking a side, and to make matters worse, their plan to make a statement the following night has been foiled: Kent booked Selina for a 7 a.m. appearance on Good Morning America.

Meanwhile, Jonah video-blogs his first post for Ryantology: "Old Media like the Washington Toast better go run and hide in the bathroom and join the Poo York Times because we are cutting in!" Using tiny dolls with Danny Chung, Maddox, and Selina's faces pasted on them, he questions where the Veep will land in the ensuing abortion debate.

Sue briefs Selina on her many meetings, while she continues to struggle to come up with a statement. "If men got pregnant," Selina laments, "you could get an abortion at an ATM."

Jonah and his "undernerds" learn that Selina is going to meet with the head of Planned Parenthood. Meanwhile, Maddox makes an announcement about his "position" on abortion -- it's nothing but fluff.

"I love abortion. I'm an abortionado. But I would go pro-life in a fetal f*cking heartbeat if it meant winning!" - Dan

Back at the Eisenhower offices, Dan flips out on Selina for waffling so much. "That shit shovel-faced f*ckin' Jonah's out there telling people you're feeling out options! We need to pick a number!" He loses it, and hurls a curse-laden tirade at the Veep, stunning everyone into silence. Realizing his enormous f*ck up, Dan immediately apologizes. "I accept your apology," Selina tells him, "while retaining the right to fire the f*ck out of you."

Jonah's blog gets some serious attention, and an undernerd informs him that MSNBC wants him on the air at 7 a.m. to discuss the abortion debate and his thoughts on Selina.

Selina meets with Cardinal Branzini while Amy enlists Gary and Mike to keep the heads of pro-choice and pro-life groups as far apart as possible -- a task Gary learns is a lot harder than he expected. He and Mike are unsuccessful at keeping them separate, and Amy is forced to choose who will meet with the Veep first when she discovers both of them waiting together outside of Selina's office.

Mike brings a copy of Danny Chung's statement before he makes his announcement. He supports a 22-week cutoff, meaning Selina can't go with a 24-week cutoff because she'll be "the most liberal and the most female." Nor can she give the same number, for fear of being a called a copycat.

Selina is at a loss until Kent delivers startling polling data: The majority of U.S. citizens have no opinion on the issue. Selina orders Mike to draft a better version of her position as stated in her autobiography.

Dan finds Jonah outside of the MSNBC studios and assaults him with a breakfast burrito. He tells Jonah that if he reveals anything about the Veep on air, he'll break Jonah's legs "so severely he'll end up normal height." Rattled by the encounter, Jonah completely falls apart during his segment and is quickly dismissed. 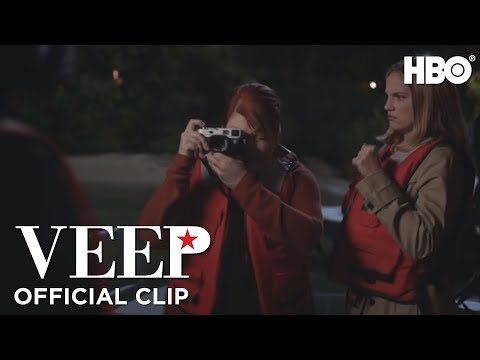 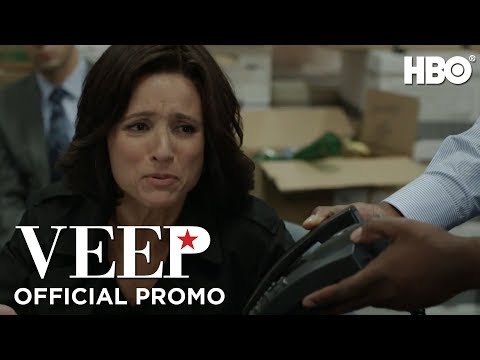