"I hate impeachments. They're so nineties." - Selina

The Senate and the House are after POTUS and seeking an impeachment over the spy scandal. On TV, Senator O'Brien speaks out: "A cloud of suspicion hangs over this administration. Were there cover ups? Lies?" Selina calls the staff into her office to tell them that she's won't be joining POTUS in the next election. Instead, she's going to run for president in six years. In the meantime, everyone should start looking for other jobs.

"I don't really have any need for you Mike. You're kind of obsolete - like a Viking stuck in time." - Furlong

With "absolutely nothing to do" after the Veep steps down, Amy talks Ed into getting more serious. Meanwhile, Sue meets with Kent Davison, an "ardent admirer of her efficiency and precision." He offers her a position on his Dream Metric team. Mike also tries his hand at networking, joining Roger Furlong and Will for a run, but it doesn't end well. He slips about Selina's staff all needing new challenges, and Furlong realizes she's leaving the ticket - breaking her promise to him to run together in six years.

"In your mind, you're doing pirouettes on his grave." - Ben

Selina goes to meet with POTUS to tell him she's leaving the ticket, but he's canceled - she's to meet with Ben instead. Before she can reveal her big news, Ben reveals bigger news of his own: POTUS isn't running in two years. "He knows how this is all going to end, so he drank the poison Kool-Aid from my very big blue mug." POTUS recognizes that once the party leadership discovers he's not running for a second term, all the "impeachment bullshit" will fade away.

"I heard it from the Gingerhead Man - the gash-with-the-‘stache-McLintock." - Furlong

Furlong stops by Selina's office to confront her about leaving the ticket. She assures him, "I am absolutely running in two years, and then four years after that, re-election, baby." He catches her slip, and knows something's up - "I smell a f*****' rat."

Selina reassembles her "Veeple" to tell them about POTUS and that she'll be running in the next election. The excitement settles quickly when everyone acknowledges they've already made other plans. Gary reveals that even he took another job - he's going into business with Dana - D & G Cheese Overseas. "You're choosing dead milk over me?" Selina asks. He explains that Dana "scares him a lot" and doesn't know how to tell her he's staying on.

Selina prepares to visit a school science fair and she asks Dan to rewrite her speech to sound more presidential. Later, Dan approaches Amy about an "accidental dick move" he made - he plagiarized a speech he wrote for Danny Chung when he rewrote Selina's science fair speech. Amy tries to get a hold of Mike to warn Selina, but as his phone is dead, Selina gives the speech unaware.

Later, Selina tours the science fair, making small talk with the children. Jonah arrives with a phone call from Ben since Mike's been unreachable: Furlong's spreading the news of POTUS quitting all over town, so POTUS isn't going to leave the ticket because he doesn't want it to look like he's being pushed out. Ben is enraged: "Now our spineless, flip-floppy f***-bag, is staying!"

Dan meets with Chung to deliver the bad news about the speech. Chung's happy to hear it, however: "Selina's a plagiarist? It's perfect. You just handed me a silver bullet, and as you know, I'm a good shot." Dan also reveals that he's choosing to stay on with Selina, prompting Chung to unleash his condescending, pompous wrath on him. Dan blows up, telling him: "If I had a dollar for every time you mentioned that goddamn war, I'd buy a tank and I'd blow your fat f*****' head off." His explosion is followed by a text from Amy, revealing POTUS is staying on. He attempts to backtrack with Chung, but to no avail.

Kent arrives to tell Selina that the president is on his way. Selina panics, believing POTUS is about to drop her from the ticket. Meanwhile, Chung announces that he's planning to serve at a higher level in a few years.

"You're the secretary to the vice president - that's like being Garfunkel's roadie." - Ed

While Selina meets with POTUS, the frazzled staff fight amongst themselves. However, Selina emerges calm and collected - POTUS is leaving in two years after all. Amid the celebrations, Dan tries to bury the plagiarized speech news. Too elated to be angry, Selina asks him to clean up his "own shitty diaper." 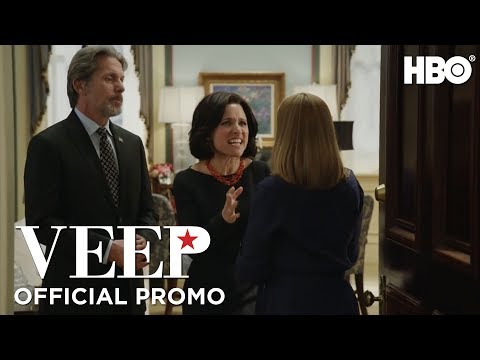