Ashley is enraged that Amy is moving in with Ricky. George isn't much happier because he knows she's doing it because she wants to keep up with Ben and Adrian. Turns out they all are nervous for this big step. Ricky tries to have Leo tell him it's not okay that Amy moves in with him because he's not ready for the responsibility. Leo encourages him to speak his hesitation to live with Amy and also to consider going to college.

Amy and Adrian get wrapped up in talking competitively about who is winning in the relationship here; Adrian and Ben or Amy and Ricky. Anne talks some sense into Amy that this isn't a competitive situation and that if Ricky and Amy aren't sure about living together then they should make sure it's right before they do. Amy can sense that Ricky is nervous about her moving in and tells him that they should take some more time. Ricky is relieved.

Adrian's mom also tries to make Adrian think rationally about having a baby and getting married. She mentions that Ben might want a pre-nup and asks how Adrian feels about that. It is clear it never occurred to Adrian and she would not be happy about it.

Madison wants to go to church with Jack because she's nervous that the sex Jack had with Grace would be better than the sex he'd have with her. Jack is determined to make Madison more emotionally secure by not having sex with her yet.

Meanwhile, Grace's mom is nervous. Her husband is traveling to a foreign country and she's afraid that the plane will crash again. Grace assures her the chances of that happening are slim to none and then asks her if she can have a sleepover with Grant. Her mom reluctantly agrees.

The Secret Life of the American Teenager 3.20 (Preview) 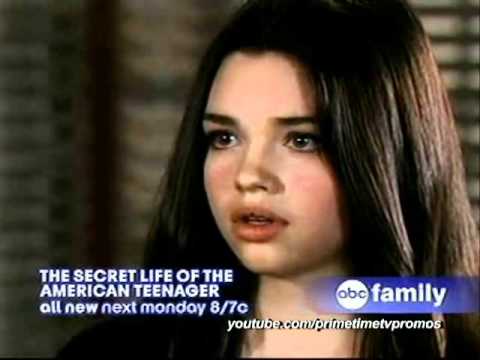 'Next in Fashion' Gets Canned by Netflix After One Season