Ricky is still reeling from Amy asking him to marry her. Everyone around him is pushing him to give her an answer but he's not ready to deal with the consequences just yet. He just wants to take care of the baby and work at the butcher shop so Amy can go to college. Because of his hesitancy, Adrian, who knows Ricky well, tells Amy use reverse psychology on him. She pretends that she respects his decision and he asks Amy to move in with him.

Amy also gives Adrian advice on how to get Ben to buy the condo of her dreams. Adrian tells Ben that by moving into a condo on their own, they are not abandoning the house he was raised in with his mother. He can always return to the home when he feels lost.

Grace tells her mother she's having a sleep over at Grant's and Kathleen makes her promise they'll use condoms. When they do have sex, they love it. They admit to each other that they are glad they waited because they are closer now than they were before, and they both admit their love for each other.

Ashley's guidance counselor wants Ashley to engage with other homeschooled kids and George gets her a "study buddy" named Toby to work with. It seems like these two might get along. George also resigns that he needs a life outside the house and jumps at the opportunity to take out Ricky's mom on a date. Little does he know that Ricky's mom is gay, and they end up meeting her at a restaurant with Ruben, who has just gotten her date out of jail. When he calls Anne and she tells him that Amy doesn't actually want to marry Ricky, she just wants to live with him, he's enraged. Anne calms him down and says that it's time for the mother and father to start a life of their own.

The Secret Life of the American Teenager 3.19 (Preview) 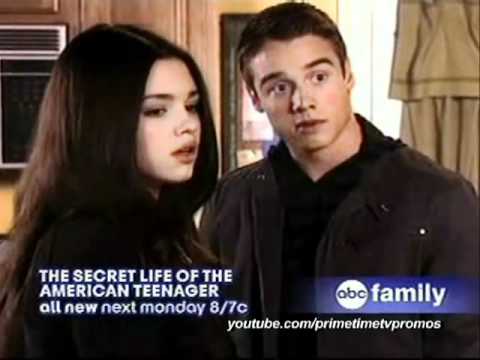