Adrian confronts her mother and tells her the news that she already knows: Adrian is pregnant. Cindy promises to support her daughter in whatever decision she makes. Later, Ruben and Cindy get into an argument over the thought of Adrian having an abortion. Ruben tells Adrian that he his is not going to let her terminate the pregnancy. At the end of the episode, Tom (dressed in a dashing tuxedo) arrives at Adrian's home and proposes to her!

Didi tells Jack that he should be with Madison instead of Grace and gives Jack her necklace to give to Madison. Jack gives Madison his mom's necklace and you can tell that Madison feels uncomfortable about wearing it.

Ben brings Amy to the airport for her flight to New York and does not tell her about Adrian. Leo is disappointed with Ben for not telling Amy. Meanwhile, George tells Ashley that Ricky is going to be moving into their house for a month to take care of John. George also tells Ashley to stay away from Ricky while is he living in their house because he and Anne see the way they look at each other. Ashley assures George that she and Ricky are only friends and tells him that she is dating Grant.

Later, Griffin knows that Ashley is interested in Ricky and he confronts her. Ashley denies any feelings for Ricky and tells Griffin that she is not really interested in Grant. But when Ashley gets jealous of Zoe, she decides to give Grant a second chance after all.

The Secret Life of the American Teenager 3.04 'Bristol Palin' (Clip) 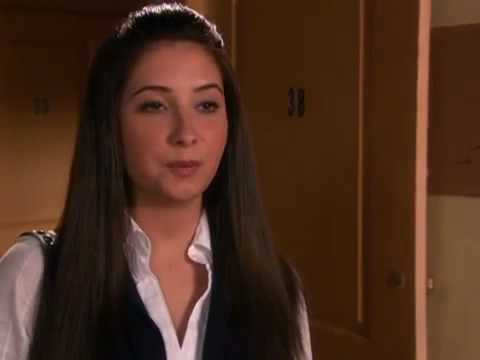