It's a new day in Storybrooke, and things seem to finally be settling into a rhythm. The Dwarfs are busy in the mines when suddenly Grumpy crashes through a wall and discovers the best news anyone's had in a long time-diamonds. And not just any diamonds, the kind that are refined into Fairy Dust. David is elated that they may finally have the magical power needed to get Jefferson's portal hat working again and rescue Emma and Mary Margaret. But the celebration takes a sour turn when Spencer, the Storybrooke identity of King George, appears. He's still holding a grudge against David/Charming for defying him in Fairy Tale Land, and he means to do something about it. He swears that soon the town will see David isn't fit to lead anyone.

Meanwhile, Ruby and Granny are preparing for the first night of Wolfstime since The Curse was broken. Ruby's magical cloak is missing and it's been 28 years since she last changed, and she's not sure that she can control her wolf form anymore. To be safe, they seal her up in the freezer at Granny's. But the next morning, she's gone-the wolf broke free. David and Granny find her asleep in the woods outside of town. When Ruby awakens, she has no memory of her night as the wolf, and that's a bad sign. Worse, when the three of them search for a missing citizen, they find his mutilated body torn apart. Ruby is sure that she, as the wolf, was the killer, but David refuses to doubt his friend the way he once doubted Mary Margaret. When Spencer forms an angry mob, they lock Ruby away at the Sheriff's Station as much for her safety as for everyone else's.

In a flashback to Fairy Tale Land, Red Riding Hood and Snow White have struck off on their own not long after Red discovered that Granny had been lying to her and she was actually a werewolf. A young man comes across Red in the forest and grabs her, taking her back to a secret lair hidden in the forest. There, he introduces himself as Quinn and reveals he too is a werewolf. Then he introduces her to Anita, her mother! Granny had told Red that her parents were dead, but Anita is very much alive and the pack leader for a whole gang of werewolves. Anita teaches Red to accept the wolf and thus control it. The lessons take some time, but soon Red can remember everything from her time as the wolf and can control her actions.

Snow White tracks Red to the werewolf lair. Anita and Quinn are suspicious of her at first, but when Red explains that she's found a new home, Snow White understands and prepares to leave. Before she can, several of the Queen's soldiers burst in, hunting for Snow White. They manage to kill Quinn before the werewolves and Snow White can stop them. Anita blames Quinn's death on Snow and has her bound so the wolves can eat her that night. Red won't stand by and watch her friend be devoured, so mother and daughter fight as wolves. The battle ends with Anita accidentally being impaled. Red killed her own mother protecting Snow White! The other werewolves disperse as Red and Snow bury Anita. The two women leave together, still friends.

In Storybrooke, Spencer's mob is hunting for Ruby. They burst into the Sheriff's Station, but Ruby's already gone. Belle is all set to hide her in the library, but Ruby chains Belle up instead, saying she deserves to pay for her crimes. When the moon rises, the wolf takes over and the mob hunts her. Meanwhile, David and Granny track down a suspicious car and discover blood in the trunk along with a hatchet and Ruby's cloak. The car is Spencer's. This whole thing has been his revenge plot against David! David and Granny manage to reach the wolf just before Spencer can shoot it. David goes in, braving the frightened wolf's wrath, and helps Ruby regain control of herself as the wolf. He then lays her cloak over her, changing her back to human form. When a scream goes up from the crowd, they find Spencer gone. David and Ruby chase him to a nearby beach where they find him standing beside a fire. Before David can stop him, Spencer throws the remains of Jefferson's hat into the flames, destroying his last chance to save his wife and daughter.

But perhaps there is another way. Mr. Gold has given Henry a magical necklace that will help him control his nightmares-well, technically he is being transported to a dimension between worlds. Using this control, he calms the flames in his dream and sees the woman on the other side. It's Aurora! In present-day Fairy Tale Land, Aurora awakens from a restless sleep to tell Emma and Mary Margaret that she just met a boy in her dream. A boy named Henry! 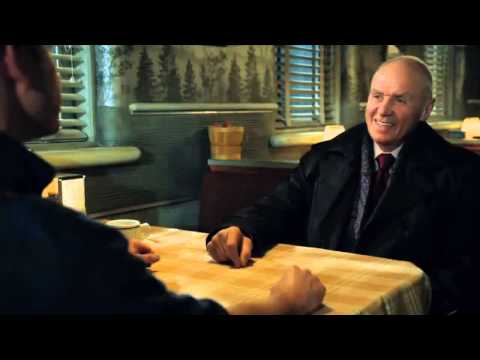 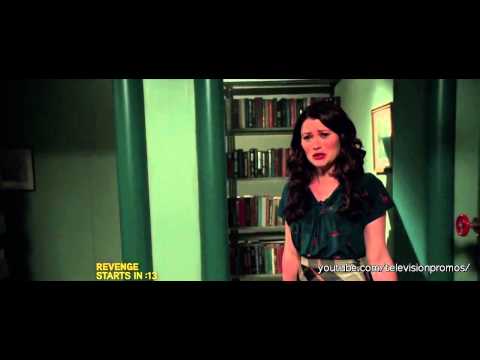