We're back in The Enchanted Forest's past where we left off in the season 1 finale. Prince Charming and Snow White are together at last and determined to overthrow King George and The Evil Queen. But King George has hired a new, mysterious General for his army who people call "Leviathan", and he attacks their encampment. In the chaos of the battle, Snow and Charming are separated and she runs straight into the imposing new General, who reveals himself to be Lancelot, a disgraced Knight of The Round Table. He takes her before King George, who surreptitiously poisons her with a curse that suddenly makes her unable to conceive a child--the same curse that once afflicted his own beloved wife. He releases Snow, but Lancelot is unwilling to continue serving the King after what he's done. He stays with her, determined to make amends, as she travels to meet Charming at the secret cabin where they've hidden his mother.

A squad of King George's soldiers tracks Prince Charming to the cabin. He valiantly defeats them all, but not before his mother is shot with a poisoned crossbow bolt. Snow White and Lancelot arrive just a moment too late. Desperate, they take Charming's mortally wounded mother to Lake Nostos, hoping its healing waters can save her. During the journey, Charming's mother discovers that Snow White has been cursed, and cheers her when she suggests the waters can probably help her, too. But when they arrive at the lake, they find it dry. It turns out that when Charming killed the Siren that protected the lake, he may have also doomed it. They find only a small shell's-worth of water, not enough to heal both women. Charming's mother insists that Snow take it, but Snow White won't hear of it. Lancelot gives the water to Prince Charming's mother, but it doesn't seem to be enough. As her last request, Snow White and Prince Charming are married by Lancelot, who has them drink from a special cup as part of the ceremony. As the two finish exchanging their vows, Charming's mother dies. Snow White helps her beloved Prince grieve, but discovers that her curse seems to have been lifted. Charming's mother only pretended to drink the water and had Lancelot slip it to Snow White so that one day she could have a child--a baby girl.

In present, post-Curse Fairy Tale Land, Emma and Mary Margaret (Snow White) are trapped in a hole with Cora, who MM knows is as evil as they come. Cora says she only wants to help and Emma thinks it's worth a shot if it means getting back to Henry. Soon they are let out of their cell to meet the leader of the refugees, who turns out to be none other than Lancelot. Mary Margaret insists she has a way for her and Emma to get back home and convinces Lancelot to let them go. He agrees, but insists that they take Mulan, his finest warrior, as their guide. Unbeknownst to them, Aurora tags along as well, looking for vengeance for Phillip. She still blames Emma and Mary Margaret for bringing the Wraith who took his soul. She attacks Mary Margaret later that night, but this is the awesome warrior Snow White we're talking about here. She overwhelms Sleeping Beauty and begins to talk some sense into her when a gunshot rings out. Emma is there, trying to help, but all she's done is call down every ogre in a 5-mile radius. Sure enough, one attacks and it's Mary Margaret, who still knows her way around a bow and arrow it turns out, who takes the giant creature down, saving her daughter.

The four women finally arrive at Snow White and Prince Charming's castle, which has seen better days. Emma and Mary Margaret enter the nursery, where baby Emma was sent out of this world and into ours, and they find the magic wardrobe that Geppetto once carved out of the last magical tree in The Enchanted Forest. Suddenly Lancelot appears, saying he followed after he heard about the ogre attack and that he was eager to help Emma get back to Henry. The only problem is, Emma never told Lancelot about Henry. Mary Margaret draws her sword and Cora reveals herself. She had killed the real Lancelot long ago and had been posing as him to control the others. She attacks Mary Margaret and Emma, making it clear that she wants the wardrobe for her own means of reaching Storybrooke and getting a reckoning with her daughter, Regina. To save Mary Margaret and prevent Cora from using the wardrobe, Emma lights it on fire. Mulan and Aurora join the fight and it's enough to scare Cora off for now. Mulan realizes they don't have a leader, and she nominates Mary Margaret. But as the four women depart, with the magic wardrobe burned to ash, Cora reappears and scoops some of the ashes into a vial. She's clearly not done with them.

In Storybrooke, Henry is eager to help find his mom and Mary Margaret, but David (Prince Charming) wants him to stay safe and go to school. Henry's a bit like his mom, so instead he tracks down Jefferson (aka "The Mad Hatter"). He asks Jefferson some questions and gives him some very good advice about reconnecting with his daughter. Then Henry breaks into Regina's (The Evil Queen) office and steals her keys. He uses them to open her secret vault. He's about to uncover some VERY poisonous vipers when David appears to save him. David realizes he needs to spend some time connecting with his grandson. He buys them some wooden swords and promises to show him some moves. After all, he is the grandson of Prince Charming. And as the two practice their swordplay, District Attorney Spencer (King George) looks on menacingly. It seems that old grudge may have traveled to Storybrooke as well. 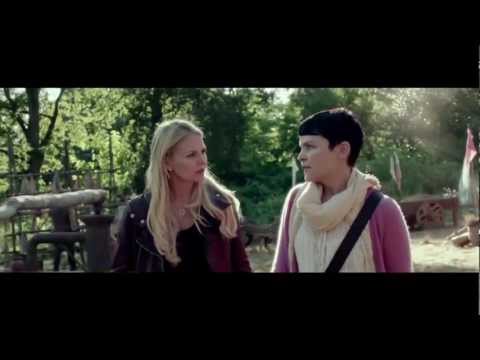