When Gibbs' longtime barber and friend confides in him, believing his own son Cameron might be the infamous serial killer the Dead Rose Slasher, Gibbs sets out to covertly investigate Cameron. The metro police detective on the case gets wind of NCIS involvement in the case and learns they are looking into Cameron as a suspect. Gibbs is able to block the detective from taking Cameron into custody and rules him out as a suspect when his alibi checks out, but realizes he has further strained the relationship between Cameron and his father. Vance arranges for Abby to help the backlogged metro forensics team on the case and she locates a miniscule speck of the killer's blood left on a thorn from the signature rose placed on one of the victims from three years ago. They match the DNA to determine the killer's identity and find out that he died shortly after the initial killings, meaning the recent murders were committed by a copycat. As the silver wedding bands found in each victim's mouth were kept as a secret to prevent false confessions, they target the few individuals who knew about the bands and discover that the news reporter on the case, Bart Crowley, was privy to the information. They suspect Crowley committed the murders to resurrect his career and arrest him after finding dead roses, multiple wedding bands, and the murder weapon in his apartment. Gibbs convinces Cameron to forgive his father for believing he could have been a suspect. Meanwhile, Tony hazes probationary agent Ned Dorneget when the two head to the Bahamas to hunt down a Lance Corporal who stole $120,000 from his last assignment. 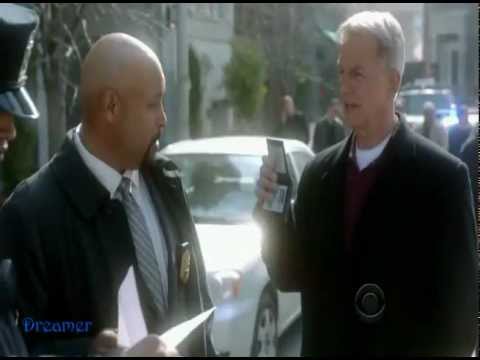