Detectives Stabler and Benson rush to a fast food restaurant and find a young employee naked and tied to a chair. Dwight, the manager responsible for the woman, keeps saying he did what Detective Milgram told him to do over the phone. Benson and Stabler are shocked by what they see. The man confesses that Milgram told him to strip search his employee and that is what he was doing.

The detectives discover a website warning HappiBurger employees of a man instructing employees to do the same thing Dwight was arrested for doing. The culprit is practically untraceable and Benson and Stabler realize just how good he is.

Through surveillance camera at the convenient store where the man buys his calling cards, the detectives are able to identify the suspect with his work badge. They go to Aerodax Labs in search of a man named Merritt Rook. They find nothing. In fact, he called in sick earlier that day.

Benson and Stabler go to Merritt's house to confront him. He admits he's playing hooky from work that day but denies any criminal acts. His alibi states he was at the river fishing at the time of the phone calls. He says he did buy the calling cards, but that he gives them to the homeless to call their loved ones. Munch checks out his alibi and everything seems clear.

Cragen alerts Stabler that Merritt couldn't have possibly gone fishing because that river was closed. After further investigation, Stabler and Benson go back to Merritt's apartment and discover he's the voice for all the phone calls they were placing to check out his alibi in the first place.

Merritt is brought in for questioning. He sadly admits that the reason he went through such hassle to prove he wasn't in New York on that Monday was because he really was with a prostitute. He said since becoming a widower three years ago, he sometimes hires a woman to lie beside him in his bed when he is at his loneliest. But that was all that took place.

With a hazy surveillance picture, Novak has enough to bring Merritt to trial for being the culprit behind the prank phone call. The court is surprised when Merritt wants to represent himself at trial. He calls Stabler to the stand and tries to shake up his testimony.

Novak's key piece of evidence is the grainy photograph taken of Merritt leaving the library at the same time the calls were being placed from there. Merritt proves that the picture was manipulated to make the image look more like him. Novak notices that the jury is being swayed by Merritt's charm.

To make her case stronger, Novak looks into Merritt's background. While she's cross-examining him, he swears he has a clean record. But, she brings up his criminal record from when he was a youth. He objects, saying that records from when he was a minor do not count. The judge allows the court records as evidence.

Merritt explains his trespassing and arson charges to the jury. He claims he lit a fire at an abandoned warehouse after discovering a group of local teenagers had raped a little girl there. He said he was doing the town a favor by protecting other little girls from that group of guys.

During Merritt's closing statements, he pleads with the jury to think for themselves. He encourages them to question authority and to not play along with Novak's trial. The jury fixates on Merritt's words. He says the only way the jury can challenge authority is by finding him not guilty.

After the closing statements, the jury finds Merritt not guilty of his crimes. He cries out "thank you" and Novak is disappointed with the outcome, as are Stabler and Benson. Before Merritt leaves the courtroom, he gives Novak a hug and tells her it's been fun.

Merritt has become a hit with the media. He's on a local morning show with a sheep he's named after Stabler. He tells the host that he's just trying to encourage people to question authority. Merritt announces that a rally in his honor will be happening at Bryant Park. Stabler and Benson intend to crash his party.

Stabler, Benson and Novak show up to the rally and find a giant group of Merritt's supporters ready to cheer him on. Merritt tells his supporters to fight authority and then engages them in a giant pillow fight. Novak doesn't want to give him any more of a soapbox and allows the pillow fight to continue. Even Munch is taking part in the anti-authority movement.

Benson and Stabler discover that Merritt's distaste for authority came when his wife died while giving birth years ago. When they want to question the doctor at fault for Merritt's wife's death, they discover that the doctor died in a tragic car accident when his brakes failed. This makes the detectives even more suspicious of Merritt.

Stabler questions the nurse about what happened to Merritt's wife. The nurse says the doctor made a painful mistake that eventually caused Merritt's wife to bleed to death during childbirth and that the baby died, too. The nurse says Merritt lost his temper and even threatened the life of the delivery room doctor.

The detectives investigate further and discover the doctor's death was ruled a suicide because he left a note behind saying he couldn't live any longer, knowing he was behind the death of a young mother and her child.

According to Merritt's website, he is planning an even bigger event at Grand Central Station. Benson finds Merritt there and tries talking to him about the death of his wife. Stabler loses both Merritt and Benson in the crowd of people at the station.

Stabler leads the search for Benson at Merritt's apartment. Cragen and Stabler are given pictures from Grand Central Station's surveillance cameras showing Benson throwing away her gun and cell phone. Stabler demands to see Benson's cell phone, hoping there might be some kind of message present on it.

Stabler tracks down Merritt in Brooklyn, at the old recording studio where he used to work. Stabler pulls a gun on Merritt and Merritt still refuses to tell Stabler where Benson is. After Stabler starts bullying Merritt, he confesses he has Benson captive.

Benson is in a soundproof booth, strapped to a chair with electrical wires attached to her head. Merritt warns Stabler that with a flick of a switch, she will die. Merritt wants Stabler to prove just how much he would risk to save his partner.

Merritt warns Stabler that the electricity won't kill Benson immediately, but will cause her a lot of pain. He proves it by flicking a switch and shocking her a little. Merritt tells Stabler to flip the switch himself and he refuses. So, Merritt does it and Benson shrieks in pain again. He's trying to prove his twisted point about authority.

Stabler tries to reason with Merritt and lets him share his story of how his wife died. Merritt says he became so bent on authority when his wife's doctor let her die. He said the doctor did not believe him when he tried to tell him to perform a c-section his wife, and as a result he lost both a wife and a child. Therefore, he believes authority should be questioned all the time.

Stabler tells Merritt that he can't make Benson suffer because too many people have already suffered because of his games. Because Stabler challenged Merritt's authority, Merritt tells Stabler that he isn't a follower; that instead, he's a real man. He tells Stabler that he never hurt Benson, her screams were pre-recorded and he was never going to hurt her in the first place.

Stabler unties Benson and the two arrest Merritt to take him into booking. On the way out, he asks to tie his shoe. Instead, he sets off a bomb inside the building and debris goes flying everywhere. Stabler and Benson hit the ground and when the smoke clears, they find Merritt has fled.

They chase him down and lose him at the riverbank. The detectives are sure he decided to commit suicide by diving into the frigid waters while handcuffed. 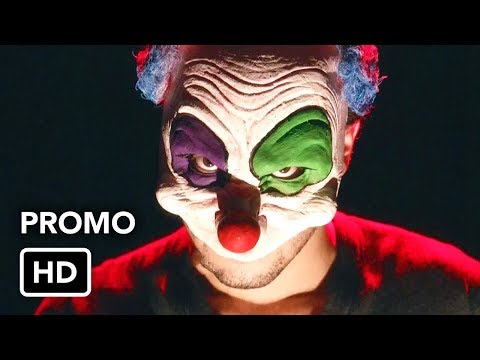