Cragen wanted Benson and Stabler to work on a highly sensitive case involving a woman who broke into a sperm bank and stole over a hundred embryos and fertilized eggs. Cragen considered the thief highly dangerous, since she attacked a man who tried to get in the way of her escape.

Benson was having a hard time with how lightly Stabler was taking their investigation and pointed out that not everybody is as blessed to have a family like he was. They interviewed the fertility doctor responsible for the fertilized eggs. The doctor cited how expensive the eggs were worth because more and more women were putting their careers ahead of motherhood. The comment struck a nerve with Benson.

Lake and Fin interviewed possible suspects in the theft. They interviewed a separated couple. They had been having arguments about going along with the fertility procedure after the divorce. Both claimed they had nothing to do with the stolen eggs.

Stabler and Benson stopped a press conference being held by the Values Defense League regarding the stolen eggs. Stabler called out James and Victoria Grall for going on-camera and admitting they were against what the clinic did with the eggs. They both said they had no idea who stole the eggs and wanted the crime to be solved just as much as the detectives.

Benson's anger was getting the best of her and Stabler knew exactly what was bothering her. He brought up the fact that if she wanted to look into getting pregnant, she would probably have to start now. She wanted to avoid the topic all together and told him to drop the subject and drive.

Benson felt particularly close to one of the women whose embryos were stolen. When she met Eva for coffee, Benson admitted that she wanted kids someday. Eva convinced Benson that biologically, she didn't have a lot of time left to get pregnant.

Stabler and Benson discovered that the theft was an inside job. The receptionist at the clinic named Carol admitted that James and Victoria had continuously called her until she obliged to be in on the crime. Then Victoria put on a blonde wig and robbed the clinic after-hours. Carol swore that it was only for publicity and that the embryos were going to be returned before they expired.

The SVU took James and Victoria in for interrogating in hopes of finding out where the stolen embryos were. Each detective tried to turn the couple against each other. Victoria and James both stood by their story that the embryos were being returned. Now, the detectives couldn't track down where the embryos were while being shipped back to the clinic.

The frozen embryos were recovered, but it was too late and they had expired. James and Victoria were arraigned and when they left the courthouse, they were ready to make statements to the press. It was cut short when James was shot and killed on the steps of the courthouse. Benson tried to locate the shooter as Stabler rushed to James' side.

Munch was able to get a still-frame on camera of the man who shot James. He also found footage of Victoria talking to the man just minutes before James' shooting. Stabler and Benson decided to question her in connection. She stood behind her story that she had no idea who the killer was, he was just a kind stranger who approached her on the street. Later on, Benson confessed to Stabler that she had looked into adoption and was denied because she was single and devoted to her career.

Stabler and Benson realized that whoever murdered James wanted Victoria to suffer just as much by making her a widow. Munch visited Carol, the receptionist, who was already in prison for her part in the theft. Carol told Munch the man, Scott Ryland, had a wife whose eggs were being frozen until she got back from her tour of duty in Iraq.

After searching Scott's apartment, they found the murder weapon. They also found a note scribbled with an airport and time. They rushed to the airport hoping to catch Scott before he left New York. Instead, they found Scott waiting at the airport for his wife's body to be shipped from Iraq. Scott confessed to the murder of James Grall. He said all he wanted was a child with his wife and James and Victoria took that away from him. 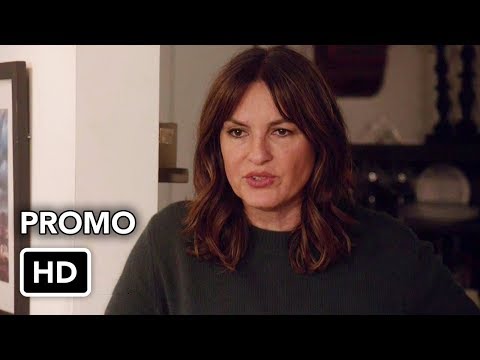