After two bodies were found in Central Park, Benson and Lake were called to the crime scene. Warner gave the detectives gruesome details of torture to the female victim just before she died. Special Agent Lauren Cooper from the FBI showed up at the scene and told them this looked like the work of the serial killer she had been trying to track named The Woodsman, who had murdered 22 women.

Cooper came to the conclusion that the John Doe found next to the other body was probably shot by The Woodsman when he came across the crime scene. Benson and Cooper discovered the identity of their female victim and had the break the news to her parents. The parents told them her daughter belonged to a plant study group in Central Park and they never liked the leader who ran the program. This raised suspicions, but the man was not their killer.

Cragen had some startling news involving the case. DNA pointed out that The Woodsman was their John Doe in the morgue. Larry Moore was a US Park Ranger and also a notorious serial killer that nobody seemed to have any information about. The detectives did discover an apartment that Moore had used as a sublet in the city.

Benson helped Cooper cope with her feelings that she could have prevented some of the murders because Cooper had helped her find the third victim years ago. Benson told her to let go of the blame. They came across a key and a picture of Larry with his Aunt inside his apartment. They paid his Aunt a visit hoping she might have some answers to where Larry kept his victims.

Moore's Aunt revealed that her nephew had a sealed juvenile record for touching young girls as a teenager. When Benson questioned if he had abused her in anyway, the woman quietly said she wanted to avoid the subject. She did say her nephew liked the sounds of the ships near the docks. This led Benson and Cooper to an abandoned cruise ship facility where they hoped the mysterious key would unlock.

The police were summoned to the warehouse where, once inside, they discovered a disturbing scene filled with torture devices and a television on that featured a woman screaming in pain. Benson discovered a drawer underneath his torture table and inside was a woman's bound and gagged with ligature marks all over. The victim startled everybody when her eyes opened and she tried to scream.

The victim was rushed to the hospital where all she could say was her name, Amy before she slipped into a coma. Benson and Cooper had the daunting task of photographing her wounds and taking her fingerprints. Cooper became emotional and left the room.

Lake made a discovery that placed Cooper at the same internet cafÃ© Moore's killer posted the trap and lure Moore back to the crime scene. Benson defended Moore and her actions, Novak told Benson to be cautious of her and not make it look obvious she was being investigated.

Cooper defended her actions to Benson and to her superior. Benson told Cooper that because she killed Moore instead of arresting him, they didn't rescue Amy in time and that's why she died in the hospital. Cooper still denied murdering the serial killer. Benson accused Cooper of murdering Moore because his rampage eventually led to the suicide of her mentor and she was out for revenge. Cooper begged Benson to leave Tillman's suicide out of the discussion.

Novak's superiors made her drop the charges when Cooper's lawyer claimed self-defense for her client. Meanwhile, Cragen's superiors chastised his precinct for making them look bad for bringing charges against Cooper. Novak and Cragen were both told they would only be off the hook if Cooper confessed to the murder.

Novak and Lake were trying to find the murder weapon to incriminate Cooper in the murder of Moore. The gun that was used to murder him was also the same kind of gun that Tillman once carried. They believed Tillman's widow might be in possession of the murder weapon. His widow felt justice was served and refused to help out.

Benson and Lake decided to go to Cooper's apartment in hopes of finding Tillman's gun. Instead, they found Cooper with her gun and her badge on the table. She told Benson she wasn't going to give up the whereabouts of the gun but she was ready to make a deal.

Cooper defended herself for murdering Moore and said she had sent the email out so his body would be found and in return, his second victim would be located. Benson tried to rationalize with Cooper until she drew a gun and shot herself in the head. Benson immediately started crying and then quietly sobbed and remained at Cooper's apartment as the police took her body away. 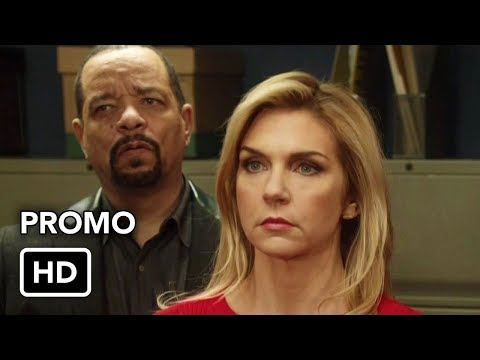