Stabler and Benson were lucky enough find a missing girl alive after being beaten with a rock and stuffed in a trunk of a car. The detectives wanted to know who did this to her and why. They were also anxious for Sabrina to wake up so they could question her. Her doctor also informed them she had been sexually assaulted.

The detectives discovered that the rental car that Sabrina was found in belonged to Saul Picard, a man from Louisiana staying in Manhattan. He claimed he returned the car in perfect condition. He became nervous when Stabler and Benson started to ask questions.

Later on, Stabler and Benson made the disturbing discovery that Saul was their guy, but were too late when they went back to his apartment. They were upset that they missed all the clues and it looked like Saul had a head start and already split town. He also rented a Ford Explorer. Munch had a feeling Saul was still in New York. Meanwhile, the hospital called and said Sabrina was awake and ready to talk.

Benson took down Sabrina's story as she identified that Saul was her kidnapper. Stabler alerted Benson of another kidnapping that day inside a children's bookstore. Once in the store, the detectives realized Saul Picard was a famous children's book author and a child predator at the same time.

Following the clues from his book, Benson and Stabler were able to find Saul parked in the woods sleeping with his young victim in the backseat. Stabler arrested Saul and as they were walking to the police car, Saul attacked Stabler and fled. Stabler was knocked unconscious and Benson rushed to his side. Later at the hospital, Stabler awoke and couldn't see anything. The doctor privately assured Benson it was temporary blindness.

Novak was frustrated in knowing that Saul was going to extradited to Louisiana to face other charges of kidnapping and rape. She wanted Saul to pay for the crimes he committed in New York and thought the city of Louisiana had their own agenda because they carried the death penalty.

Huang interviewed Saul in prison under Novak's request. Saul admitted that Francine was giving him signs to do the things he was doing. Huang wanted to know who Francine was and Saul told him it was his baby sister who he witnessed being gang raped when he was only 17 and she was 11. He said he stopped taking his medication for schizophrenia last year when Francine died.

Huang didn't believe Saul was a pedophile and said he was a schizophrenic instead. Louisiana dropped the charges of kidnapping, allowing Novak to proceed with her own case. Huang believed Saul belonged in a hospital instead of prison. Louisiana also informed Novak they wanted her to still extradite Saul back to face other charges.

Once Saul began to take his medication again, he realized all the damage he had caused to his young victims. At the time, he believed by raping the little girls, he was protecting his sister. He wanted to be extradited to Louisiana so he could get the death penalty. He didn't think he deserved to live anymore. His lawyer wanted Novak to make a deal and send him to a mental institution in New York.

Novak was convinced that if she was going to bring Saul to court, she needed Stabler's testimony. Benson didn't want Novak to bother Stabler during his recovery, but Novak ignored Benson's pleas. Stabler agreed to get on the stand and testify.

During Stabler's testimony, Novak began to flip the case to make it look like Saul really was insane when he committed his crimes. The courtroom was interrupted when Saul started having an emotional outburst claiming he was still being tested by Francine and was removed by the police.

Stabler was angry with Novak for using him as a pawn to make Saul look crazy. Later on, Benson confronted Novak and accused her of the same thing. Benson also said Novak was using her own history of being engaged to a schizophrenic to judge how she was going to handle Saul's case.

Later on, Novak and Benson apologized to one another for the past accusations they made. Benson admitted she was hell-bent on revenge for what happened to Stabler and Novak admitted she did take the case personally because of Charlie. Novak still felt guilt over the fact that Charlie died alone with untreated schizophrenia a year ago.

After receiving a call that Saul tried to hang himself in prison, Novak paid him a visit in the mental hospital. He told Novak he still wanted to die for the crimes he committed. He said the better he got, the worst he felt about raping the young girls. Novak tried to make Saul realize he should start his recovery by learning to forgive himself. 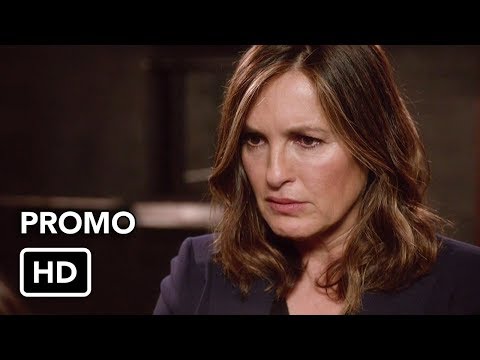