Benson was in the middle of an interrogation when Cragen interrupted her to talk to Agent Porter regarding her newly discovered half-brother, Simon. Simon had been awaiting trial for stalking and rape charges and jumped bail. The task force hoped Benson could give them some clues to his whereabouts.

After the River Park Police Department accused Benson of knowing the whereabouts of her half-brother, Benson went back to New York to finish her interrogation. Things turned violent when Benson began beating her rape suspect until he confessed to the crime. Her actions infuriated Cragen and he sent her home.

Benson was at home when Simon called her up wanting to meet her so she could deliver him more money. Before she met Simon, she called Agent Porter to let him know where they could find Simon. Then she told Simon he betrayed her by lying to her about the rape. Simon told Benson off and was able to flee before Agent Porter could catch up with him. Benson chased after Simon, but was almost hit by his car speeding away.

Benson and Agent Porter hoped that they could get some clues to Simon's whereabouts by interviewing his mother, Sharon. Sharon told Benson she recognized her face from the photo that her husband, Joe, used to carry around. Benson wanted to know about her father and listened to Sharon talk about him.

After doing her research, Benson found out that her father, Joe Hollister died of an apparent suicide. She went to his former employer in hopes of finding out more information about her father. She learned that Sharon left Joe when he was arrested for drunk driving and Sharon raised Simon with her maiden name, Marsden.

Benson began investigating her father further. She learned he worked in food distribution at Columbia University, the same time her mother worked in the dining hall and attended classes there. She also learned of other rape cases similar to her mother's and enlisted Wong to help explain her father's actions. Then she began to question if her father was a rapist, at all.

Benson decided to do her own investigating and came to the door of another rape victim, who, years earlier, had been attacked after working in a college dining hall. After Benson tried pressing for more details, the woman politely asked Benson to leave.

Benson told Julia that she heard Simon might be staying at his house in Florida. As Julia stepped out for a moment, Benson snooped into the files of the woman accusing Simon of rape. Benson quickly made up an excuse to leave and stole the files. She was convinced that River Park had built a case against Simon based on false evidence. Benson later found out Julia's sister had died of an overdose and Benson was afraid Julia was going to blame Simon.

Benson, Stabler and Agent Porter went to Simon's house in Florida, New York looking to save him from Julia's revenge. Benson found Julia on the floor shot and fighting to live and Simon standing over her. He told her he had to shoot her in self-defense and Benson believed him.

Benson negotiated with Simon and wanted to let him know he was framed. She had her cell phone on, so Stabler could hear everything going on from outside. He heard Julia confess she framed Simon for rape. Benson tried to get Simon to put down the gun, but Simon said he'd kill Julia if the cops came in.

Simon told Benson he wouldn't talk to a negotiator, but only to her. She had Agent Porter leave the house. After talking to Simon, she realized the night that Simon fled and almost hit her with his car; it was Julia driving her car. Benson accused Julia of trying to kill her. 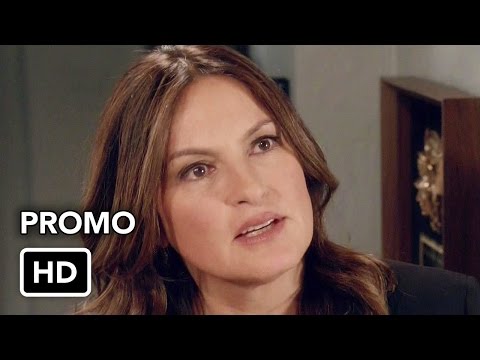