Stabler got called in to investigate the case of a missing baby. Kendall's mom, Laura, told Stabler to check on her ex-husband, Tom. She believed he kidnapped their son to help pay off some gambling debts. Stabler found Tom and he said he would never harm his son, but thought of a drug dealer he got tangled up with, who just might cause some harm.

Stabler had to inform Laura that her ex-husband had an airtight alibi. He probed her more about other possible suspects in Kendall's abduction. Laura wrote down all the places she had visited the day before and Cragen and Stabler tracked down interviews. Everybody they had talked to claimed to have seen Laura, but couldn't verify physically seeing the baby.

Stabler had a hard time feeling sorry for Laura when her main concern was why the cops were taking apart of her apartment in search of clues to Kendall's whereabouts. He told her she should be relieved that the cops were doing everything they could to bring her son home. In the back of the apartment, they found a trashcan filled with Kendall's belongings.

A new reporter, Cindy Marino wanted to know the details of the investigation. Stabler gave her a lead by telling her they found Kendall's sonogram picture in the back garbage can. Later on that night, one of the members of the crime unit found blonde hairs outside Kendall's bedroom on the fire escape. Cragen wanted Stabler to check out Laura's interview with Cindy on live television for which, Laura began to lose control.

Stabler went over to Laura's apartment to check on her. He found the words "Baby Killer" scrawled on her door. When he let himself in, he found Laura hanging from a noose and realized she was dead. When the press got wind of Laura's suicide, Cindy was on the scene with microphone in hand. She taunted Stabler, but he was forced to walk away.

The detectives discovered the blonde hairs on the fire escape belonged to Kendall. They also found out that Dan wasn't Kendall's biological father. They confronted him on the fact and had no idea he wasn't the father. He still claimed to love Kendall as if he was his own.

Stabler was able to find out that Laura was involved with a guy named Patty around the same time she was with Dan. By sifting through DNA, Warner helped Stabler discover that one of Patty's relatives was in prison serving a sentence for armed robbery. George Kendall didn't recognize the baby but offered to help Stabler. He gave him the address of his sister and who had a family of boys but their mother didn't offer to help their investigation.

Stabler and Cragen were relieved when they got news that a firehouse in Brooklyn found Kendall on their front doorstep. They recognized the boy from the papers and called Cragen and Stabler. Once inside, Stabler found Kendall's biological father frantically searching for his son.

DNA tests proved that Patty was indeed the father of Kendall. Him and his mother came by to take the baby home and were interrupted by Dan who wanted to take Kendall home. Stabler had to break up a fight between the two and then broke the news to Dan that Kendall was going home with Patty.

Stabler and Novak wanted to team up to take Patty's parental rights away. They knew that he was a bad guy, but his clean record never proved anything. Novak wanted to press charges for the abuse he delivered to Laura while they were a couple. They showed up at Patty's mother's house to take back Kendall after child services had to get involved.

Stabler and Novak were feeling good about taking Kendall back into protective services and hopefully keeping him out of Patty's hands. Later on, they were surprised to find out that Patty was suing both of them for harassment. They were even more shocked to learn that Patty actually had a case against of them. What made things worst, was that Patty and his mother were asking for ten million dollars in their lawsuit.

Patty's case went to court and Novak and Stabler found themselves defending their reputations. It wasn't until Patty waved a picture of Kendall's sonogram that Stabler realized that Patty kidnapped Kendall that night and threw his items into the garbage can that night. The next morning, he was able to arrest Patty for the kidnapping of Kendall. Patty's fingerprints were found all over Kendall's items in the garbage can.

Stabler and Novak were able to have Patty give up all parental rights to Kendall and to drop the lawsuit, in exchange, Patty would receive a light sentence. He also confessed that it was his mother who was the mastermind behind getting Kendall. Dan was waiting in the hall to take Kendall home. He assured Stabler he was clean and sober and would stay that way.

Warner gave Stabler the results Benson wanted in her own DNA search. Benson confessed that she submitted her DNA in hopes of the prison would have a record of any relatives on her father's side. She was shocked to learn she had a brother. 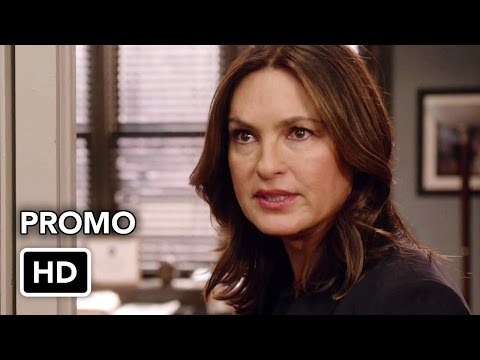