Stabler and Benson responded to a call about an attack on well-known mob attorney, Sidney Truex and his family. The man's wife had been sodomized with a candlestick and bludgeoned to death and Sidney had been bashed over the head. The couple's teenage daughter had been out of the house while their small son ran away and hid during the attacks.

The detectives discovered that Sidney had been receiving hate mail from Luccio Ricci, a man whose father got put in prison after Sidney lost his case. Luccio swore he never touched the Truex family. The interview was cut short when Benson got a call that Sidney had woken up from his coma.

Benson and Stabler were surprised when Sidney pointed out that he remembered Charlotte in the apartment and accused her of the attack. Detectives brought Charlotte in for questioning and she said her parents were lousy at parenting. She also stated on the night of the attack, she was at a party but refused to give names of others who were there.

After interviewing several classmates of Charlotte's, Benson and Stabler were able to confirm her alibi that she really was at a party. The theme of the party was to bring your own pharmaceutical drugs. That confirmed Charlotte's story about how she was so messed up the night of the attacks.

The kids at the party said Charlotte ran out of pills and said she was running home. The detectives returned to the crime scene and found a stash of pills in the basement of the apartment. Wong confirmed that if Charlotte took the stash of pills that night, she would have become more and more violent. Urine left in the basement toilet confirmed that Charlotte would have been so intoxicated, she wouldn't have remembered a thing.

Benson and Stabler searched Ryan's apartment and found a pair of Charlotte's shoes with blood on the bottom. She couldn't even remember being at the apartment. She reluctantly admitted she killed her mom and then smashed her fist through the mirror, slicing her wrist.

Novak was in shock when Sidney wanted to defend his daughter in her murder trial. He blamed the drugs on her psychotic behavior. Wong decided to interview Charlotte to see if her father had a case of insanity. The case took a dramatic turn when the urine that was tested turned out to be from a man. Novak immediately thought of Ryan. Charlotte's little brother pointed Ryan out as the man inside the apartment.

Stabler and Benson went to arrest Ryan and he started running. Stabler went after him, while Benson went around the building to try to cut him off. When Stabler caught up with Ryan a struggle ensued and Stabler had to punch Ryan to get him to the ground. When Ryan hit the ground, he didn't get up. Benson saw Stabler try to perform CPR on Ryan and she called an ambulance, but it was too late, Ryan was dead.

Stabler had to give a statement about what had happened to Ryan. The department said they had several eyewitnesses report that Stabler had beaten Ryan. Stabler tried to defend his name, but it was too late, he was put on suspension. Meanwhile, Warner told Benson that the autopsy report said that Ryan died from internal bleeding due to blunt trauma. Warner was forced to rule Ryan's death as a homicide.

With Ryan dead, the detectives' only hope was to hear what Charlotte had to say under hypnosis. She remembered going to bed that night and awakening to the sound of her mom screaming and finding Ryan on top of her and hitting her. She remembers her dad getting hit and Tommy running away. She said she went back to Ryan's the night of the attack.

After hearing Charlotte's statement, Sidney was relieved to hear that his daughter really did not do the attack that night. He was also relieved to know he could defend his daughter for murder and know he was doing the right thing.

The news had released footage from a cell phone camera with Stabler and Ryan wrestling on the ground. Novak couldn't promise that Stabler wouldn't be charged after seeing the footage. Benson was called in to give a statement about Stabler's behavior. She defended every questionable action that Stabler was accused of.

Warner stopped by to offer support to Stabler. When Stabler told her the news that he gave Ryan CPR, she told him that if Ryan was dead before CPR was administered, then there was no way that Ryan died that fast at the hands of Stabler. Warner and Stabler decided to pry into the case file to find out what really killed Ryan.

Warner was able to prove that Ryan was not taking his medication for a heart condition and that was the real result in his death. Stabler was completely innocent of any charges of homicide or use of excessive force. After a night of questioning his family and career, Stabler found himself at Kathy's asking for a second chance at their marriage. 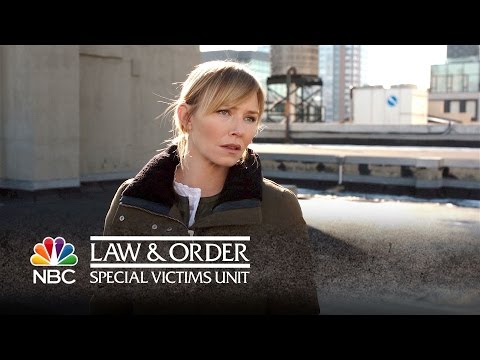