The detectives were interviewing a woman who had reported being raped the night before. When they asked he why she waited a whole day to come forward about the attack, she said she knew her assailant, her estranged husband. She was fearful that their daughter would find out about the attack.

Benson and Stabler argued over what really happened to Valerie. Benson believed her when she said her estranged husband Miles attacked her. Stabler believed Valerie was making up the story in order to come out ahead in the custody battle for their daughter, Tessa. Benson accused Stabler of being clouded in judgment because of his current divorce situation.

Wong interviewed Tessa about her relationship with both her mother and father. She said her father had a bad drug and alcohol addiction, but has since gotten help. She said he had never laid a hand on her or her mother. But, she did admit her father did come by the house that night to talk to Tessa when she expressed to him she was scared her mother was going to plan on moving to Dallas.

Fin and Munch looked over the car belonging to the social worker, who was in charge of Tessa's care. They discovered the car had been bugged with a tracking device and that was probably how Miles discovered where Tessa and her mom were staying.

After Benson received the news about the tracking device, she and Stabler arrested Miles at his work for stalking and rape. She handcuffed him and looked over at Stabler and asked him if he had a problem with the way she was handling Miles. Stabler waved her off and told her she could read him his rights. When interrogated, Miles admitted being in the home and shaking Valerie but he said he had never raped her.

Stabler and Benson continued to argue about how to handle the case. Stabler still believed Miles when he said he never raped Valerie. Novak accused Stabler of working for the defense instead of getting justice. Benson told Stabler that it was no surprise that he was siding with Miles since they both had poor marriages and a history of violence.

Kathy called Benson wanting to talk privately. They met up at a park and all Kathy seemed to talk about was Dani Beck. Benson wanted to know what the meeting was really about. Benson caught on that Kathy wanted her to convince Stabler to sign their divorce papers.

Miles was put in jail on a half a million dollars bail. Valerie all of a sudden became concerned that he was going to be there for a while because of the excessive amount of money. She told Novak she couldn't give a statement at that time. Stabler later informed Benson that when he was digging up information, he discovered Valerie had a boyfriend that she neglected to tell them about.

Benson and Stabler were interrupted at work with a phone call from the hospital. Valerie had been attacked on the street. When they arrived to the hospital, they discovered she had been soaked with gasoline and then lit on fire. Her burns were extensive. She claimed that Miles did this to her. She said that Miles took Tessa and ran.

Novak was getting flooded with phone calls from women's support groups over the way the case was handled. She never believed that Miles would be able to put up that much money for bail. Cragen said that his parents put up their second home to bail him out. Meanwhile, Stabler was feeling guilty that he sided with Miles over Valerie in the beginning.

The police knew that Miles was meeting Tessa in Central Park and followed. They watched in the background as Tessa and he father reunited. He confessed to Tessa that he killed her mother. The police swarmed in and to arrest Miles. Miles took out a giant knife and held it close to his body while the police all held guns to him. Benson took the shot and pelted him with plastic bullets and arrested him on the spot.

Stabler and Benson went to the hospital to check in on Valerie. Her doctor told them she would probably die before even making it through her first operation. Benson told her they arrested Miles and that Tessa was in the waiting room of the hospital. Benson asked a disoriented Valerie one more time if Miles raped her and she said, yes. As they stepped out, Stabler and Benson could hear the screams of pain coming from Valerie in the O.R.

Stabler came by Kathy's house and rang the bell and left before anybody answered the door. He left her signed divorce papers in the mailbox and watched as she got them and then he drove away.

Benson interviewed Valerie's boyfriend and he admitted they had sex on the night that Valerie claimed she was raped. Benson couldn't sleep and had Stabler meet her outside his apartment. She told Stabler that he was right about Valerie and the rape. Benson couldn't believe Valerie was still lying, even on her deathbed. Benson also told Stabler he was the longest relationship she has ever had with a man and she valued that. 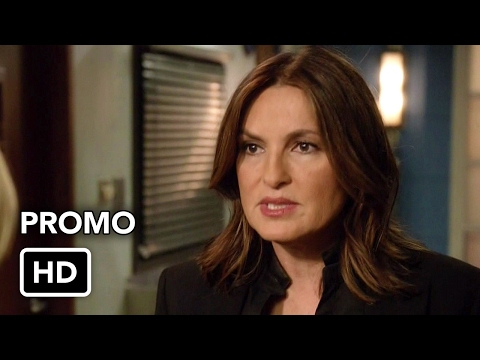