Stabler and his new partner, Beck, were running after a suspected rapist, but lost him in the dark streets. When the detectives returned to talk to the victim at the hospital, they found her battered and bruised. While Stabler interviewed the victim, Beck checked the computers on other rapists in New York. Cragen warned Stabler that Beck had a reputation for being overzealous.

After lifting prints from the car the rapist hid behind, Beck ran the prints through a computer and linked them to a man who had spent time in jail for assault. Beck and Stabler brought the suspect in, but Stabler was informed by the CSU that the guy had already been ruled out as a suspect and Beck had brought him in knowing that information.

The other fingerprints lifted off the car belonged to a prominent attorney in Manhattan, Martin Trenway. The detectives paid him a visit at his office, wanting to know where he was the night before. They were suspicious when they noticed a bandage on Martin's hand. They had their rape victim, Nicki, come in to view a lineup of just men's hands because that was the body part she got the closest look at. She pointed out Martin Trenway's hand as her attacker.

Trenway was arraigned for rape charges and Beck made sure the press got wind of it. Beck and Stabler met up back at the station with a woman, Heather Stark, who claimed she was attacked by Trenway years ago. Her story was very similar to Nicki's.

Beck and Stabler discovered that Heather had had a rape kit processed after she was attacked. Her statute of limitations was up in four days, so it put the detectives on a strict time limit to find the rape kit. Beck was bullying the man in charge of the NYPD warehouse and Stabler had to let her know that she wasn't going to get anywhere with the case if she continued to push her away around.

Heather's old rape kit proved that there was no way Trenway could have committed the crime. Heather was hysterical and couldn't believe the news. She was sure that Trenway was the man who had beaten and raped her years ago.

Beck had stayed up all night to try to pin Nicki's rape on Trenway. She knew that with the acquittal of Trenway on Heather's rape, things would be harder to prove. But, she managed to find similar unsolved rapes and beatings in every city that Trenway had ever lived in, from his childhood to college through law school.

One of the unsolved rapes had taken place in Trenway's hometown. Lorraine Delmas was raped many years ago and detectives wanted to interview her. Stabler remembered seeing her at Trenway's trial, so he and Beck paid her a visit at her home. She said she knew Trenway when he was a child and she had been close friends with his mother. When Trenway's mother died, Lorraine raised him until he went to college he had become too difficult for his father.

Lorraine clammed up when Stabler pressed for details of her attack years ago. She didn't want to talk about it. Beck interrupted and began speaking to Lorraine in her native French and Stabler left the two alone. Beck tried to make Lorraine more comfortable in hopes she would open up about details of her attack. Beck confided to Lorraine about her own heartache, when her husband was killed in the line of duty.

Lorraine testified to being raped by Trenway when he was a teenager living in her house. Trenway interrupted and started yelling at her. Lorraine confessed that she had been engaged to be married at the time and was so ashamed to share her story. The judge had to break it to Lorraine that because of the statute of limitations, Trenway could never be charged with raping her.

Lorraine confessed that she'd hidden the clothes she wore the night of the rape in her basement. Stabler returned to the basement and found them — they'd been hidden for over forty years. The DNA proved that Trenway had raped Lorraine and Nicki. He pled guilty and agreed to divulge the names of other women he had raped. Lorraine was thankful that her ordeal had finally come to an end. 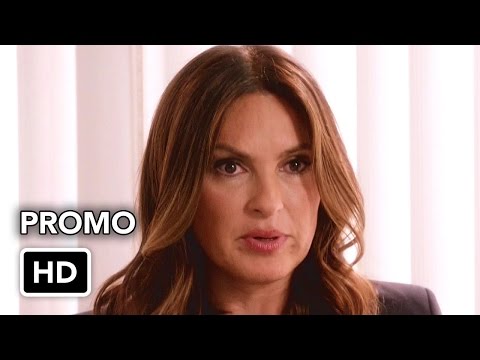