The Bakers, America's favorite reality TV family, are rocked by scandal when 13-year-old daughter Lane Baker is found to be three months pregnant. Her parents, Pam and Frank, resist SVU involvement and shield their family from the public eye - they have a reality TV empire, and a brood of 10 children, to protect.

Lane tells Lt. Olivia Benson (Mariska Hargitay) she was raped by cameraman Pete Matthews (Chris Elliott), but Pete denies it and reveals he had a vasectomy, so he couldn't have gotten her pregnant. Det. Fin Tutuola (Ice T) thinks she's covering for her older brother Graham, who has a history of sexual assault. Meanwhile, Det. Amanda Rollins (Kelli Giddish) wants to assist in the investigation, but she's been dealing with pregnancy complications and stress over her inability to work full-time. Back in NYC, she binge watches the Bakers' show and deduces that toddler Tate Baker isn't actually Pam's son; he's the son of her 15-year-old daughter Summer. The detectives theorize that Graham got Summer pregnant, too, but when they test Tate's DNA, they find that Graham isn't the father.

Sgt. Mike Dodds (Andy Karl) realizes Pastor Eldon (Ryan Devlin) chaperoned Lane on a mission at the time she got pregnant. They test his DNA and find a paternal match for Tate as well as Lane's unborn child, proving that Pastor Eldon raped both Lane and Summer. Pastor Eldon tries to marry Lane and elude prosecution for statutory rape, but SVU stops the wedding and arrests him. Finally wanting to do right by her daughter, Pam swears the family will testify against him, despite what it may mean for the show. 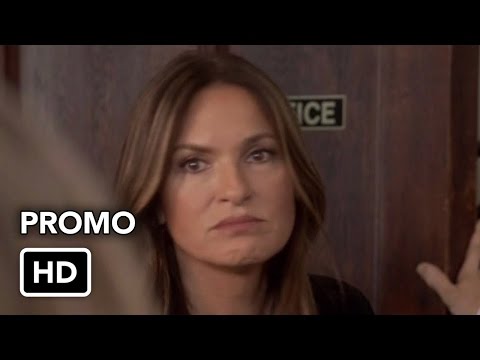