While feeding Noah dinner, Olivia watches America's Worst Crimes, which features a story about "Jane," a freshman at Hudson University who was assaulted by her date as well as three of his friends. Just then Olivia gets a call from Chief Dodds, who tells her the mayor is pressuring NYPD to look into the story. The nightmare on campus is now SVU's case.

Rollins and Carisi meet with Skip Peterson, the host of America's Worst Crimes. Skip won't reveal his source, but puts them in touch with the women's studies professor who introduced him to Jane. Professor Dillon refuses to help, as "Jane" wants to remain anonymous. Hudson's President Roberts tells Benson she spoke with "Jane," who said the incident was just a drunken mistake. But it's way past that now. Hudson's campus has been turned into a massive rally against the university, with students chanting, "We are all Jane." Benson stops by the rally, where "Jane" finally introduces herself as Heather Manning, and shares her story with the crowd.

Later that day, Professor Dillon brings Heather in to SVU to tell her story to the detectives. She went on a date with Brian Mackey, an Alpha Zeta Pi hockey player, and ended up back at the frat, where three other hockey players were waiting for her. In a coordinated attack, they took turns on her, sometimes with a hockey stick. When she tried to leave, the other frat boys heckled her and threw beer cans at her. Heather then shows Benson a text Brian sent her apologizing for the frat boys. Benson explains that if Heather wants to go forward with the investigation, she'll have to give all the boys' names. While reluctant, Heather decides it's important to be a role model to the other women at the rally, and gives Benson the names of hockey players Connor Howell, Lance Mosconi and Zach Franklin.

Fin, Carisi and Rollins search the fraternity, get DNA and interview the four guys. Brian says Heather had wanted him for months, and the sex was consensual. Connor and Lance claim they would never "pick up Mackey's scraps" and sleep with Heather, but when she left, she had to "enter the gauntlet," meaning the guys called her a whore and threw things at her on her way out. The fourth frat boy, Zach, is conveniently in Cuba, and it's unclear if and when he'll return to the States.

That night, Benson shows Barba a video of the frat boys' slut-shaming gauntlet, and informs him they found Brian and Connor's DNA in Heather's underwear. Barba is skeptical because there was no rape kit and the case is three months old, but agrees to bring the hockey team in to see who'll flip first. It doesn't take long for Lance to rat out his brother, telling the detectives that Connor had sex with Heather right after Brian did. Caught in a lie, Connor admits he had sex with Heather, but maintains it was consensual.

The next day, the detectives watch a morning show featuring Skip Peterson and footage of Heather speaking at another rally, this time saying she was raped by six guys. Skip then says Heather told him police confiscated a video of the assault and the hockey sticks used on her tested positive for the guys' DNA. Carisi and Fin look at each other, stunned. Heather told them she was raped by four guys, there was never a video of the incident and the hockey sticks tested negative. What's going on?! Benson sits Heather and Professor Dillon down and tells them to stop speaking to the press or they'll torpedo their case, but they refuse. "This is so much more than that now," Heather explains. "I'm the face of a movement."

Not long after, the detectives turn on LMZ to find Zach has returned from Cuba and is now staging a press conference with his lawyer to declare his innocence. In fact, they have proof he was nowhere near the frat house that night in the form of a video of him playing soccer nine hours away in West Virginia. When Benson confronts Heather and Professor Dillon, they claim Heather must have seen Zach in a nightmare, or had an unclear memory, which is common for victims. Benson then comes down on Skip for not doing his research on the story, but he's unapologetic. If he didn't pick up the story, another outlet would have.

Barba then sits Heather down and goes over her story with her one again. She went on a date with Brian, got drunk and he started having sex with her. She passed out and when she woke up, Connor was on top of her. She says the rest is a blur, but that Dillon told her "they probably all took a piece." As soon as she says that, Barba runs into the other room, where Benson is interrogating Professor Dillon, demanding to know exactly what she told her student. Instead, Dillon goes on a tirade - the specifics of what happened to Heather don't matter, what matters is putting a stop to rape culture on campus.

That night, Heather stops by SVU to apologize to Benson. Once her story got out, she had so many survivors counting on her that she felt she couldn't take back what she said. She knows for certain that Connor raped her, and that she was too drunk to consent to sex with Brian, but Benson explains that the truth doesn't matter anymore. No jury will believe her after all the lies she told. As predicted, Barba drops all charges against the four frat boys the next day. Later, Benson meets with President Roberts to apologize and ask that she still find a way to discipline Connor. She responds that there's little she can do, especially since there was another incident the night before. The first thing the accused boy said to Campus Security was, "She's lying just like Heather Manning."

"I don't blame Heather," Benson responds, sadly. "Skip Peterson and Professor Dillon pressured her into coming forward. They thought this would be the case that changed rape culture, and it did. It set the clock back 30 years." 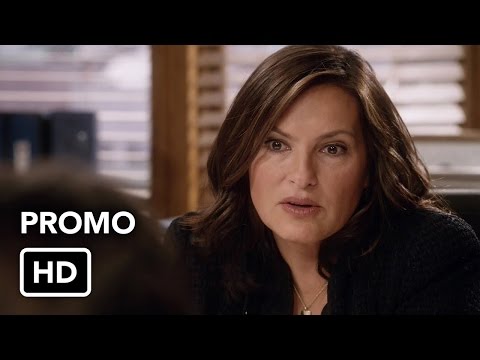