While Benson continues to adjust to her new role as the head of SVU, another issue preoccupies her - a pregnancy scare. The test turns out negative, but for whatever reason, Benson's not relieved. She admits to her therapist that the possibility allowed her to imagine a different life, one with a family...

Across town, a UN representative returns home to a bizarre situation: his adopted son, Nicky, disappeared after his mother put him to bed. Was he kidnapped? The worried parents contact SVU and let them know Nicky's not just missing, he's also diabetic and suffers from an attachment disorder. SVU cases the neighborhood, coming up empty with one exception: a witness contends he saw the mother come back from a trip without Nicky. Rollins confirms the allegation from surveillance footage and when questioned, the mother relents. But only after pressure from her husband does she reveal the truth. Overwhelmed by the stress of raising Nicky alone, she gave him to a broker who promised to find him a better home.

Rollins and Fin track down the broker and quickly discover she shuttled Nicky off to a couple with a fake address. A description from the broker narrows their search and turns up two known sex offenders, Alexa and Roger, information that triggers an Amber Alert to find Nicky. But when SVU identifies the couple's house, it's empty except for Nicky's pajamas and a DVD that suggests his new parents have him starring with other orphans in child pornography.

With the team hot on the trail, Nicky's frantic parents interrupt them with urgent news - Nicky could fall into a coma if he doesn't receive insulin ASAP. Benson orders a sweep on all drug stores in the target area and they get a hit on Alexa, whom Rollins finds and tackles in the alley. Alexa denies any wrongdoing and refuses to give up Nicky's whereabouts until Benson brings up a sore spot from Alexa's file: a premature baby she struggled to keep alive for two years. Alexa cracks and the team rushes to a hotel where they miss out on Nicky and Roger, but discover the two kids from the DVD - and a baby.

Benson returns to Alexa and drills her on the baby they found at the hotel - turns out Roger brought the boy home as a gift and Alexa planned to raise him separately from the other children. Off a tip from a witness, Fin and Amaro track Roger and Nicky to the airport. Security tapes prove they both entered the airport, but only Roger walked out. Shocked by Roger's actions, Alexa gives up her husband's favorite hangout and SVU arrests him at a Chinese restaurant.

Roger bristles during the interrogation and only after Fin shows him a still from the security tapes does he admit to abandoning Nicky in the airport. With Nicky's insulin at dangerously low levels, SVU scours the airport and discovers Nicky unconscious in an airplane bathroom. Later, his parents join him in the hospital, and in a private moment with Benson, Nicky's mom apologizes. Benson doesn't accept. Too little, too late.

As for the baby they found at the hotel, no families step forward to claim him and Benson files a motion with family court to place the child into protective custody. As she listens to the judge rule in her favor, she wonders more about that life that could've been... 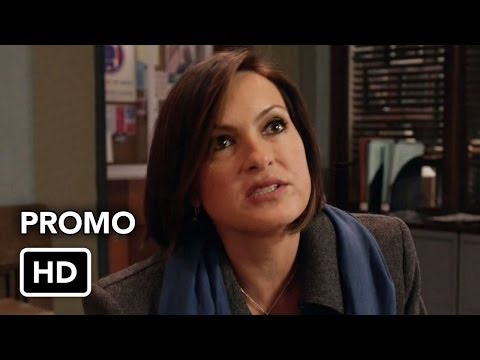