With Amaro still on desk duty, SVU's shorthanded when Rollins joins Benson at a hospital to interview an underage rape victim, Erin. Problem is, Erin refuses to cooperate or press charges against a trio of suspects playing two-against-one with conflicting storylines. DNA evidence singles one out and with some pressure the truth emerges - two of the suspects found Erin post-assault, and one decided to take advantage of her. The detectives return to the hospital to follow up with Erin, only to find that she snuck out and that her real name is Clare. When Fin and Rollins track down her rundown apartment, Clare answers the door in a woozy state - and collapses into Rollins' arms.

After she gets her stomach pumped, Clare finally comes clean about the case - a client from the New Jersey strip club where she works as a waitress raped her in the VIP room. Fin visits her boss, club franchise owner Perry, who denies any wrongdoing and rejects Fin's request for his client list. Meanwhile, Benson and Rollins see Clare to a group home and assure her that this will spark a new lease on life. But before she can put sheets on the bed, Jersey cops burst in and arrest her on fraud charges stemming from transactions at the club.

This move puts Clare under the jurisdiction of New Jersey and out of SVU's control, placing the entire rape case in jeopardy. Benson enlists Barba's help and he escalates it to the federal level, involving federal prosecutor Connie Rubirosa. Despite their efforts, at Clare's arraignment, corrupt Jersey judge Dolan denies her bail and sends the girl to prison to await trial.

Frustrated, Benson plays a new angle and charges into Perry's club with every agency at her disposal, able to drum up enough violations to arrest the feisty owner. This causes Dolan to fold and release Clare - but when SVU shows up at the jail, they discover the judge ordered her transferred to a private juvenile facility, where she languishes in solitary confinement. Legal hoops force the facility's hand and they return a badgered Clare to SVU, right as the unit makes another discovery: Dolan sends 90% of youth cases to the prison.

Moreover, the revelation that kickbacks go all the way up to the Jersey D.A. indicates that this is a massive sex trafficking conspiracy. Rollins and Fin surprise Judge Dolan at his home with a flurry of questions, most of which he dodges before ordering them to leave. The strong-arming tactic proves fatal when the judge commits suicide, but a quick check on his cell phone reveals a picture sent to him moments before he died: Dolan with an underage girl... in a VIP room.

Amaro, who's off desk duty after begging Benson, and Barba question Perry at Rikers for the details on the fallen judge and, after they strike a deal, get a shocking answer: Perry wasn't just protecting Dolan, he was protecting New Jersey's D.A. Sure enough, an emotional Clare picks the D.A. out of a lineup and the wild case comes to a close. Charges are dropped against Clare and she returns to the group home, finally ready to start a new life. 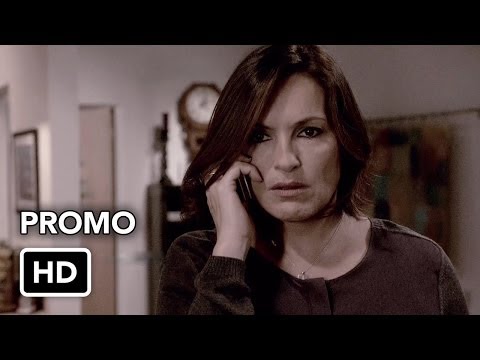