The popular reality singing competition American Diva has a new star: 14-year-old Grace, who was mentored by vocal coach Jackie Walker. It's the show everyone is watching, including kindergartner Jonah Allan. As he watches Grace and Walker onstage, Jonah hides from the TV, claiming his teacher Mr. Jackie is a bad man and makes him play "Doctor."

At the precinct, Benson questions Jonah, trying to elicit details of the game "Doctor." Jonah says Mr. Jackie follows him into the special bathroom with bluebirds and flowers to tickle him with a special purple egg. Despite the specific details, A.D.A. Pippa Cox debates whether it's an attention-seeking confession for his newly separated parents. His 15-year-old sister, Brooke, confirms that Jonah is prone to making up stories - he'd told her about the attacks a few weeks earlier, but she hadn't believed him.

Armed with a warrant, Rollins and Tutuola uncover the special vibrating purple egg exactly where Jonah described - in Mr. Jackie's "clap and play" box of rhythm instruments. Walker adamantly denies the sex toy is his, lawyering up once he realizes the police don't believe him. He claims he teaches kindergarten because music education is important, not because he's a child molester.

However, four-year-old Cooper Burns also accuses Mr. Jackie of attacking him with the purple egg in the school's special bathroom. Cooper describes the bluebird and pink flower stained glass window as being over the tub, quickly changing his story to "sink" when questioned. His panicked mother remembers Cooper arriving underwearless from school a month ago due to an unspecified accident.

When confronted, Walker confesses he was in the bathroom alone with Cooper - but only because Cooper fell in the toilet and soaked his underwear. To save the kindergartner from shame, Jackie told him the incident was their little secret and never found the right opportunity to inform his mother. The SVU detectives see through his lies and decide to go public despite the ramifications on Walker's coaching career.

Nine allegations and counting from both male and female kindergartners, but no fingerprints yet. Benson again questions the original complainant's sister, Brooke, since she had studied voice under Jackie Walker for ten years. Brooke admits she too was touched when she was younger, causing her to feel guilty that she didn't protect Jonah. Though she never revealed the abuse to her parents, Brooke disclosed details to her friend Rachel, Cooper's older sister.

Rachel hesitates to cooperate with Rollins and Benson, but eventually tells Olivia that her old coach, Jackie Walker, touched her as a child too. Simultaneously, Rollins notices the bluebird and pink flowered stained glass window above the tub in Cooper's bathroom - the two detectives quickly re-interview Cooper. Jackie Walker never entered Cooper's room! It's apparent the four-year-old is trying to remember details, details he says Brooke told him to say.

Jackie informs the detectives he dropped Brooke and Rachel in favor of coaching the more talented Grace for American Diva; the girls were livid Walker didn't believe they had the "x factor." Brooke confesses she conjured up the life-ruining revenge scheme. The girls only receive one year probation, but Jackie Walker's livelihood is over. His prosecution was front-page news, but no cameras are there to cover his acquittal... 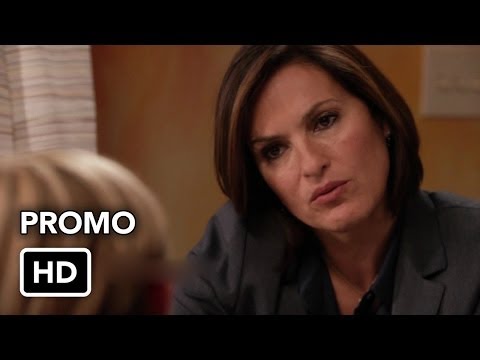