It's a bittersweet affair at Munch's retirement party as officers past and present - including police from his Baltimore days - rib and applaud the veteran detective. He's all smiles, especially when Cragen makes the big announcement: Munch is joining the D.A.'s office as a special investigator. But an urgent call dampers the festivities for Benson and Amaro - a past rape victim, Sarah Walsh, claims she was raped again. By the same man.

The detectives seek out Michael Wedmore, the original - and now alleged - rapist in the case, but hit a wall when his alibi checks out, despite parallels to the previous assault. After an interview with Sarah's friends reveals some major holes in her timeline, Benson and Amaro return to Sarah for a follow-up - only once they suggest she was revictimized and mention Wedmore wasn't the assailant, Sarah flips out, demanding they never talk to her again.

Fin and Rollins keep the case alive with a hot lead from Sarah's friend - access to an exclusive, hipster-only club Sarah attended that night. Photography reveals a man - rich yuppie Cameron Tyler - carrying an unconscious Sarah out of the party. But when Amaro and Benson return to Sarah's to question her about Cameron, they're greeted by a shocked Sarah... and Cameron, right by her side.

Cameron plays it coy and admits to carrying Sarah home - just not up to her apartment, a moment she can't confirm or deny. Meanwhile, Rollins finds something they can confirm - someone accused Cameron of rape before, then dropped the charges. More interviews reveal a pattern: Cameron drugs women, assaults them and pays them off to keep quiet.

This exact scenario occurred to one of Sarah's friends, Nicole, with one hitch - she never realized Cameron raped her. When Benson and Rollins reveal how the pieces fit, a devastated Nicole agrees to a sting operation to bring Cameron to justice.

SVU sets up a camera in her apartment while she lies to Cameron about a pregnancy. After she lays a serious guilt trip on him, he admits to the crime and offers to pay her off. Fin busts in for the arrest and, hours later, even Cameron's lawyer confesses that Barba has an excellent case against her client.

This is cold comfort for two-time rape victim Sarah, who sounds off to Benson about her unlucky lot in life. Benson dips into her own recent past to connect with her, advising her to stay positive - it won't work all of the time, but it does add up.

Back at SVU, Cragen finds Munch packing his things, seeking a little alone time before his final exit. The two share a moment and Munch soaks in his final seconds as a detective. It's been a long time since he worked Homicide in Baltimore. But now it's Benson's turn to be Cragen's right hand. 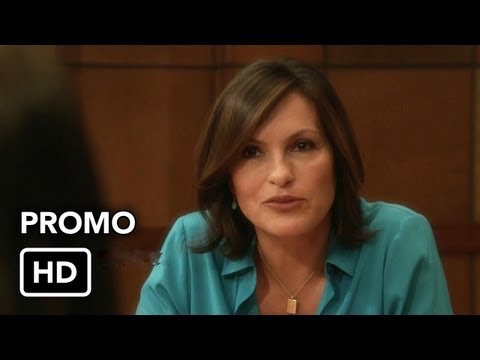