Two men assault a scantily clad woman by the beach. The next day, her dead body is found next to a restaurant's trash dumpster. The woman has been raped, her face mauled, her teeth and fingertips removed. She has two tattoos, one of a butterfly and the other a picture of a woman with the message "Mother, forgive me" in Russian. It's the mark of a prostitute. The sand on her body was linked to Brighton Beach, an almost exclusively Russian area. Cragen urges everyone to keep this quiet; if this is the work of the Russian mob, people will be scared.

Amaro and Fin question Vera, the owner of a Russian cafe. They quickly learn that the butterfly tattoo belongs to Lena, a woman who recently celebrated her engagement to Daniel at the cafe. Amaro updates Benson on his findings and also reveals that his own father abused his mother before they separated. He says it casually, but Benson knows not to press any further. Later, Benson and Amaro track Daniel down. He is excitable and nervous, saying "Go away! They'll kill her!" When he learns Lena's dead, he sobs uncontrollably, yelling "I paid! I paid!"

Benson and Amaro bring Daniel in for questioning. He admits he met Lena on a Russian bride site called YourCzarina.com. He fell in love with her immediately, even flew to Russia to meet her. It's clear he was really madly in love with her. Daniel says that Lena was always concerned that one of her exes would harm her. Then someone kidnapped Lena and demanded $100,000. Desperate, Daniel dropped off his life savings at Brighton Beach, but the kidnappers killed Lena anyway.

The SVU team looks through home videos of Daniel and Lena on their trip to Russia. They immediately spot someone suspicious tracking her in the background; this could be her ex. Later, Amaro and Fin track down the source of YourCzarina.com. It's being run out of a travel agency. They immediately arrest David, a man posing as a travel agent. Later, Cragen shows David the photo of the man stalking Lena. David immediately identifies the man as a Russian mob boss named Liev "The Butcher" Bodrov. He's been linked to multiple other prostitute murders; each prostitute had the same "Mother, forgive me" tattoo.

Daniel invites Benson to a coffee shop and shows her that Lena's profile is on RussianSwans.com, only now her name is Irene. Could she still be alive? And if so, whose body was found next to a dumpster? Cragen decides to go undercover pretending to be a man interested in Irene. They meet at the Duchess Hotel. A butterfly tattoo is visible on Irene's shoulder blade. Cragen tells the sad story of his first marriage, but Irene doesn't open up in return. Before Cragen can get Irene into his hotel room, she bolts. Rollins intercepts, arresting her.

Benson and her team ask Lena to lead them to Liev. Lena says she only has one daughter, and Liev will kill her if Lena goes to the police. Liev's mail-order sites are a front for a blackmail operation and a prostitution ring. Lena's job is to lure johns in. Then Liev pretends to kidnap Lena and demands an enormous ransom. The heartbroken johns pay up, and then Liev kills an innocent woman and makes her look like Lena, tattoos and all. Lena wants a way out, but she's too terrified Liev will kill her daughter Anna.

Lena agrees to lure Liev into a trap. She tells Liev that she's got a rich john interested in her. Once he shows up, the SVU team swoops in. He pulls out a gun and Rollins shoots him dead. Lena bursts into tears knowing that this means her daughter is as good as dead. Lena leads the SVU team to one of Liev's safe houses, but her daughter isn't inside. Lena makes a run for it, but Cragen, Benson and Amaro stop her. They arrest her.

Benson learns that Lena did in fact have a daughter named Anna, but she was killed years ago. Liev murdered Anna's killer, and Lena's been repaying the debt ever since. Cragen encourages Daniel to testify against Lena. Cragen understands Lena's allure; heck, he was almost seduced by her too. He told her secrets he never would've told anyone. 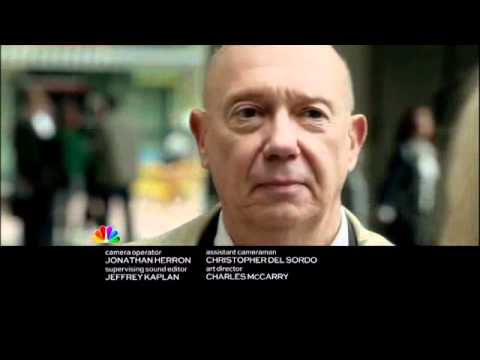