Moments after a businessman leaves a hotel room, a maid stumbles into the hallway sobbing. At the squad room, Cragen gets word that a maid claims she was assaulted by Roberto DiStasio, the odds-on favorite to be Italy's next prime minister. At the hospital, Benson interviews the maid who describes a grisly tale of sexual assault. At the hotel room, Detective Amanda Rollins - a new hire from Atlanta PD - finds a semen sample on the floor. Moments later, Fin and Munch track down and arrest DiStasio before his plane takes off.

At the precinct, Cragen says that DiStasio claims diplomatic immunity since he's the head of the Global Economic Trust. What's worse, Marvin Exley is going to defend DiStasio, yet another sign he'll probably get off with a slap on the wrist. Back at the hospital, Benson pledges to Miriam that even though her attacker is powerful, he will pay for what he's done. Miriam, an immigrant from the Sudan, finds that hard to believe. The Italian Counsel General Pietro Fedeli reminds Bureau Chief Mike Cutter that DiStasio is an important world figure. In fact, the day before he was golfing with the President.

Benson brings Miriam to the precinct. Benson meets Amanda Rollins who claims she's a big fan of Benson's. Moments later, an emotional Miriam picks DiStasio out of the lineup. Later, Cabot tells Cragen she heard about Stabler and the shooting. She asks if he's coming back, but Cragen can only say, "That's up to him." Fin tells DiStasio he's going to have to take a forensic exam. Once outside, paparazzi swarm DiStasio, much to Fin's delight.

DiStasio proclaims his innocence to an indifferent Dr. Warner. Later, Rollins visits DiStasio's cell with some Italian food, hoping to get him to confess. He takes the meal but lets Rollins know he's planning on going free and vows that she'll lose her job. Benson and Cabot visit Miriam to tell her that DiStasio's team will claims she's accusing DiStasio because she's out for money. Miriam proclaims her innocence and shares a grisly tale from her past in the Sudan. She hoped emigrating to America would solve her problems.

Benson sees I.A.B. suits leaving Cragen's office. She reminds Cragen that Stabler was cleared, but Cragen says Stabler will have to fight to get back on the team. It's not his first good shooting, it's his sixth. Benson accuses Cragen of making Stabler a sacrificial lamb. Exley tells the press that DiStasio has been released on bail and that it's just a matter of time before his client goes free. DiStasio's wife Sophia claims she never doubted her husband's innocence.

At a bar, Cutter tells Munch, Cabot, Benson and Fin that another maid at the hotel sold Miriam out. The story has already hit the papers. Cabot plays an audio tape for Miriam and Cutter. In it, Miriam tells another maid she will make DiStasio pay millions for his crime. Cabot tries to explain that now this looks like a shakedown, but Miriam asserts that the fact is DiStasio raped her. Outside the courthouse, Cutter tells Benson about Miriam's predicament. Benson aims to dig up some dirt on DiStasio.

Rollins learns of a maid in Buenos Aires who was also assaulted by DiStasio. Rollins vows to contact her in the hopes that she'll testify. Benson compliments Rollins on her good police work. In a pre-trial hearing, Cabot tells the judge she is arranging to fly in Ms. Cortazar, the maid from Buenos Aires. Then Exley presents a conviction that Miriam received in the Sudan - for prostitution. Benson scolds Miriam for hiding her past. Miriam explains that she wasn't a prostitute; instead, she actually was raped by the soldiers who killed her husband. When Benson tells Cabot the sad story, Cabot is more determined than ever to see DiStasio behind bars.

Predictably, DiStasio's trial causes a media circus. Inside the court, Miriam tells her side of the story convincingly and even goes into detail about her rape by Sudanese soldiers. When Benson hears about Miriam's testimony, something about it starts to makes her suspicious. Exley cross examines Miriam. He harps on the fact that she hid the fact that she was convicted of prostitution in the Sudan. Exley then questions DiStasio who claims Miriam offered herself and then tried to blackmail him. Cabot pokes holes in DiStasio's story, pointing to the fact that Miriam sustained injuries during the attack.

Exley announces a new witness. His name is Daniel Achok, and he's a Sudanese man who advised Miriam to claim she was raped on her asylum application. He told Miriam it was the best way to get into the U.S. He even told her to say a dozen men raped her, not just one. And Miriam did just that. After deliberating, the jurors claim they can't reach a conclusion. The judge rules the case a mistrial.

Cragen calls a crestfallen Benson into his office. He tells her Stabler put his papers in. There was nothing Cragen could do. Benson's eyes water as she says, "He's earned it." Cragen apologizes to Benson as she tearfully exits his office. 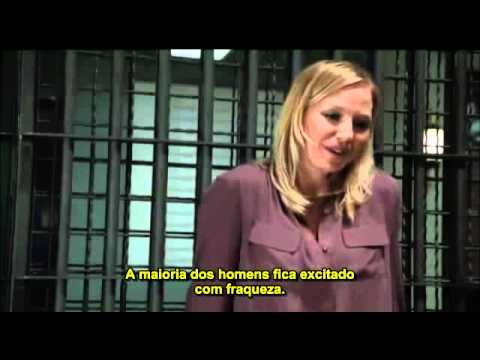