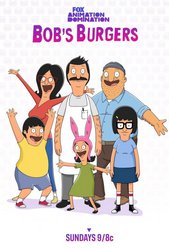 BOB'S BURGERS is a new animated series about a man, his family and a burger joint.

A third-generation restaurateur, BOB BELCHER (H. Jon Benjamin, FAMILY GUY, "Archer") runs Bob's Burgers with the help of his wife and their three kids. Bob has big ideas about burgers, condiments and sides, but only a few thoughts on customer service and business management. Despite his greasy counters, lousy location and occasionally spotty service, Bob is convinced his burgers speak for themselves.

Even though business is slow, Bob gets to work with his family. His wife, LINDA BELCHER (John Roberts, "The Christmas Tree," "Jackie & Debra"), supports Bob's dream through thick and thin (but truth be told, she's getting a little sick of the thin). Their eldest daughter, TINA (Dan Mintz, "Important Things with Demetri Martin," "The Andy Milonakis Show"), is a 13-year-old hopeless romantic with minimal social skills. Middle child GENE (Eugene Mirman, "Flight of the Conchords," "Aqua Teen Hunger Force") is an aspiring musician and a prankster who serves up more jokes than burgers. Their youngest, LOUISE (Kristen Schaal, "Flight of the Conchords," "Modern Family"), is the most enthusiastic about her dad's business, but an off-balance sense of humor and her elevated energy level make her somewhat of a liability in the kitchen.

Beyond the restaurant is a city rich with character. Next door to Bob's is It's Your Funeral Home and Crematorium; down the street is Wonder Wharf, the oceanside amusement pier; and a few blocks away is Wagstaff Middle School, where Bob and Linda's kids go to school. And across the street is Jimmy Pesto's Pizzeria, Bob's Burgers' main competition and the thorn in Bob's side. 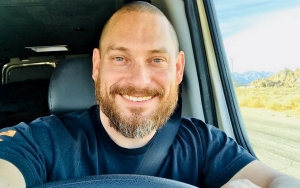 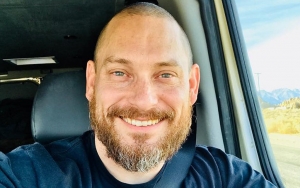