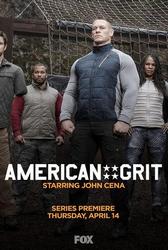 Starring WWE Superstar John Cena, "American Grit" follows 16 of the country's toughest men and women as they are split into four teams and face a variety of military-grade and survival-themed challenges set in the wilderness of Pack Forest in Eatonville, WA. Cena and an elite group of mentors from the nation's most exclusive military units - including Navy Seal Commander Rorke Denver, Army Sergeant Noah Galloway, Marine Gunnery Sergeant Tawanda "Tee" Hanible and Army Ranger Nick "The Reaper" Irving - will push these fierce competitors beyond their limits. With up to a million dollars of prize money at stake, this is the ultimate test of strength, grit, the human spirit and, most importantly, teamwork.

American Grit (Promo 'Facing Their Fears To Find Their Grit')

American Grit Season 1 (Promo 'The Toughest Challenge Of Your Life') 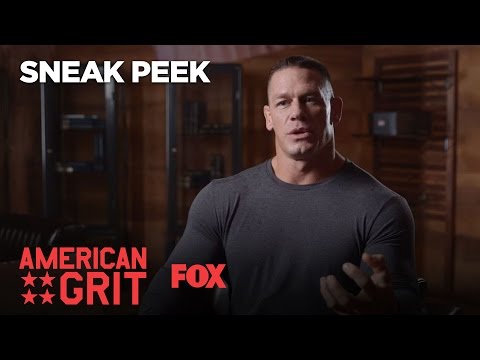