Livies are asking the 'Happier' songstress to release a new single or her second album soon, over a year after she unleashed her awards-winning debut album 'Sour'.

AceShowbiz - Olivia Rodrigo has got her fans craving for new music from her as she offered a glimpse what she has been up to these days. Updating her social media page, the 19-year-old actress/singer has dropped some new random photos.

The first slide of her Wednesday, October 19 post features a poem with two lines on highlight which read, "I'd trade my stash of boredom/ For a little hit of you." The second photo shows Olivia and her friends dressing up for what looks like a party.

The Grammy Award-winning artist also included a picture of different nail colors. The last portrait, meanwhile, features her baring her toned abs in a white crop top and silver mini skirt while her hair was styled in two braids.

Olivia only captioned the photos with three heart with arrow emojis.

While many followers were just excited that Olivia has updated her page, some others were flooding the comment section with plea for new music from the "Deja Vu" singer. "WE NEED ANOTHER ALBUM," one person demanded.

A second user echoed, "we need more music." A third exclaimed, "DROP MORE MUSIC YOU HAVEN'T DROPPED A SONG IN A YEAR." A fourth fan shared, "I been listening to sour for a year and a half ma'am I can't do this much longer."

A desperate fan asked for "at least a single or something" from Olivia, before agreeing to "settle for a snippet." Another fan begged, "can you release some new music plz," as someone else chimed in to say, "Release second album bestie."

Olivia has not announced when her new single or album will be released. Her debut studio album "Sour" arrived over a year ago, in March 2021, and has spanned charting singles including "Drivers License", "Deja Vu", "Good 4 U", "Traitor" as well "Brutal". She recently released a song titled "You Never Know" for "High School Musical: The Musical: The Series" season 3. 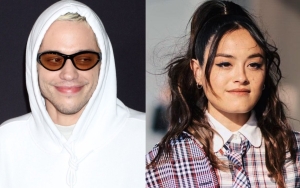