The former 'Flip or Flop' star and her husband exchange their vows for the second time in front of around 40 guests at lavish resort Merriman's Kapalua resort in Maui months after secretly tying the knot.

AceShowbiz - Christina Hall (Christina El Moussa) and her husband Josh Hall have thrown a second wedding ceremony. The pair held another ceremony to celebrate with friends and family at a lavish resort in Maui, Hawaii.

The couple tied the knot in secret with the news being reported back in April and they celebrated their nuptials at an intimate oceanfront ceremony for friends and family at Merriman's Kapalua resort in Maui over the weekend, with PEOPLE reporting they exchanged vows in front of around 40 guests including Christina's three children.

Christina shared a picture of the couple on Instagram and wrote, "Shared vows in front of family and our close friends. Everything in life has led me to where I am right now, which is exactly where I want to be. My dream man on the dreamiest island. Maui holds a special place in my heart. What an amazing night filled with love."

The 39-year-old bride was reportedly walked down the rose petal-strewn aisle by her two sons, seven-year-old Brayden and two-year-old Hudson, as well as her 11-year-old daughter Taylor. The boys were dressed in matching white outfits while Taylor wore a long white dress and the proud mum shared a picture of the kids online, writing, "How cute are they?!!" 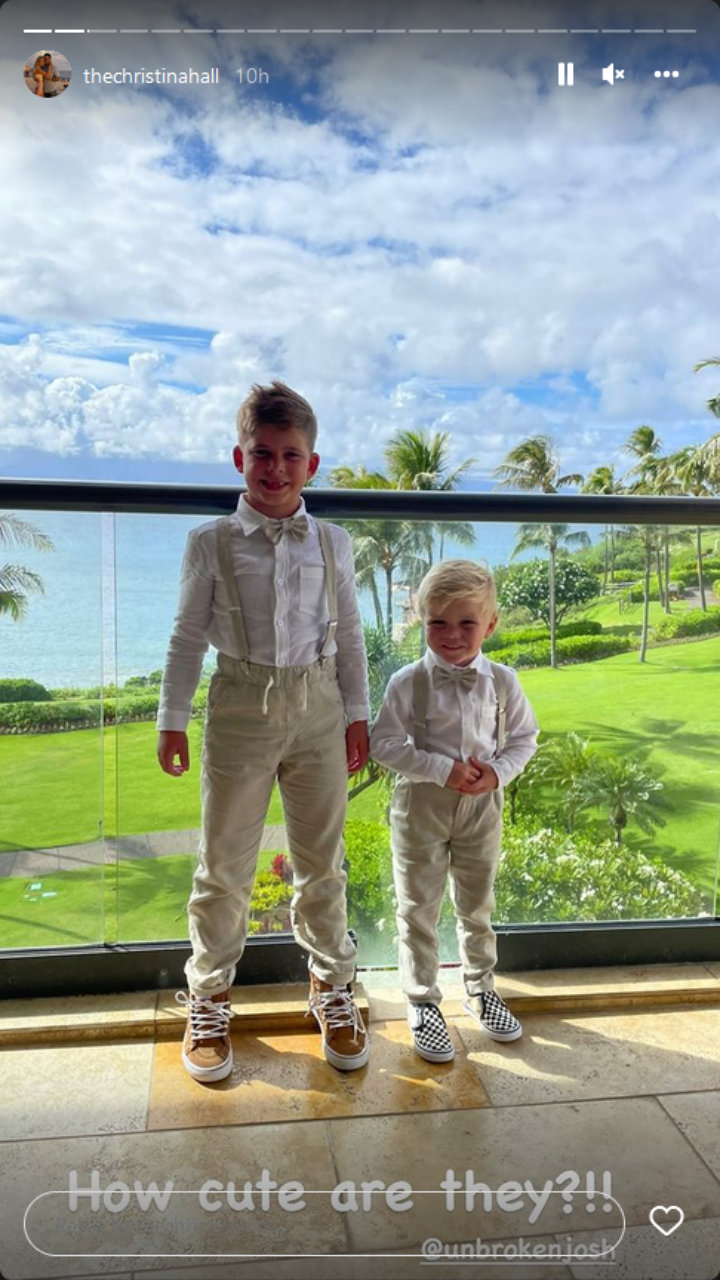 Christina Haack uploaded a photo of her two sons at her second wedding.

The former "Flip or Flop" host shares Taylor and Brayden with her first husband Tarek El Moussa while Hudson's dad is her second husband Ant Anstead who she split from in late 2020. Christina and Josh began dating in 2021 and they got engaged in September of that year before later tying the knot in private.

Adele Jokes She 'Has an EGO' After Emmy Win