The former 'The Real Housewives of Potomac' star, who exited the show in 2021 following a brawl with Candiace Dillard Bassett, shares that she's not interested in going 'back on that network.'

"It just wasn't what I wanted to do," Samuels told Insider. "I didn't feel like I could be the same Monique that people were accustomed to seeing anymore when it came to that particular franchise and that particular network, because there was so much toxicity there."

The former Bravo star went on to say that she "did not want to be in a position where [she] was expected to bicker and argue with a bunch of women." The "Love & Marriage: DC" star explained, "I've never watched any of the 'Girls Trip' shows that they do. All I knew was at that time when [Andy Cohen] asked me, I just had no desire to be back on that network."

Samuels further said that "it doesn't even matter," because she simply "had no desire to go back to that network." She doubled down on her remarks, "I just didn't want to do it." Samuels didn't specify which season she was eyed for.

As for Samuels, she exited "Potomac" in 2021 following a physical altercation with co-star Candiace Dillard Bassett in season 5. Back in May, the Not for Lazy Moms founder claimed that she "had reality TV PTSD," saying, "My experience with reality TV has been somewhat of a roller coaster to the point where at the end of it all, I had reality TV PTSD. And I was pretty much done."

Despite that, she is currently starring on OWN Network's reality show "Love & Marriage: DC". Of former "Real Housewives" producer Carlos King working on her new show, Samuels said, "I'm grateful that he allowed us to just stay true to who we were." 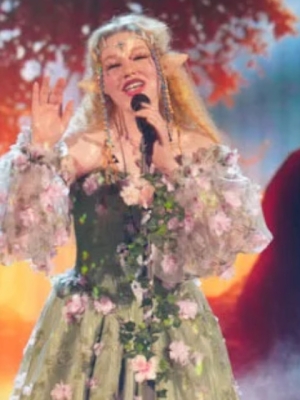 'AGT' Recap: A Golden Buzzer Winner Is Eliminated, Two Other Finalists Are Revealed

'RHOBH' Recap: Garcelle Beauvais and Diana Jenkins Get Into a Nasty Argument

Britney Spears in Talks for Tell-All Interview With Oprah Winfrey

Prince Charles Insists He's Nothing Like 'The Crown' Portrayal