The 44-year-old musician, who announces the cancellation on Instagram, was initially set to perform in Saratoga Springs, New York with Grateful Dead offshoot group Dead and Company.

AceShowbiz - John Mayer was forced to cancel a show in New York after his dad was rushed to hospital due to a "medical emergency." The rocker's scheduled gig in Saratoga Springs, New York with Grateful Dead offshoot group Dead & Company, was called off after 94-year-old Richard Mayer fell ill, prompting John to stay in New York City to be by his side.

The 44-year-old musician made use of his Instagram account to announce the news. "This morning, my father suffered a medical emergency and was transported to the ER where he received much-needed and great care," he wrote on Wednesday, July 6. "He is now fairly stable and will continue to undergo some procedures, but as you can understand, I have to stay in NYC and can't play tonight's show in Saratoga Springs." 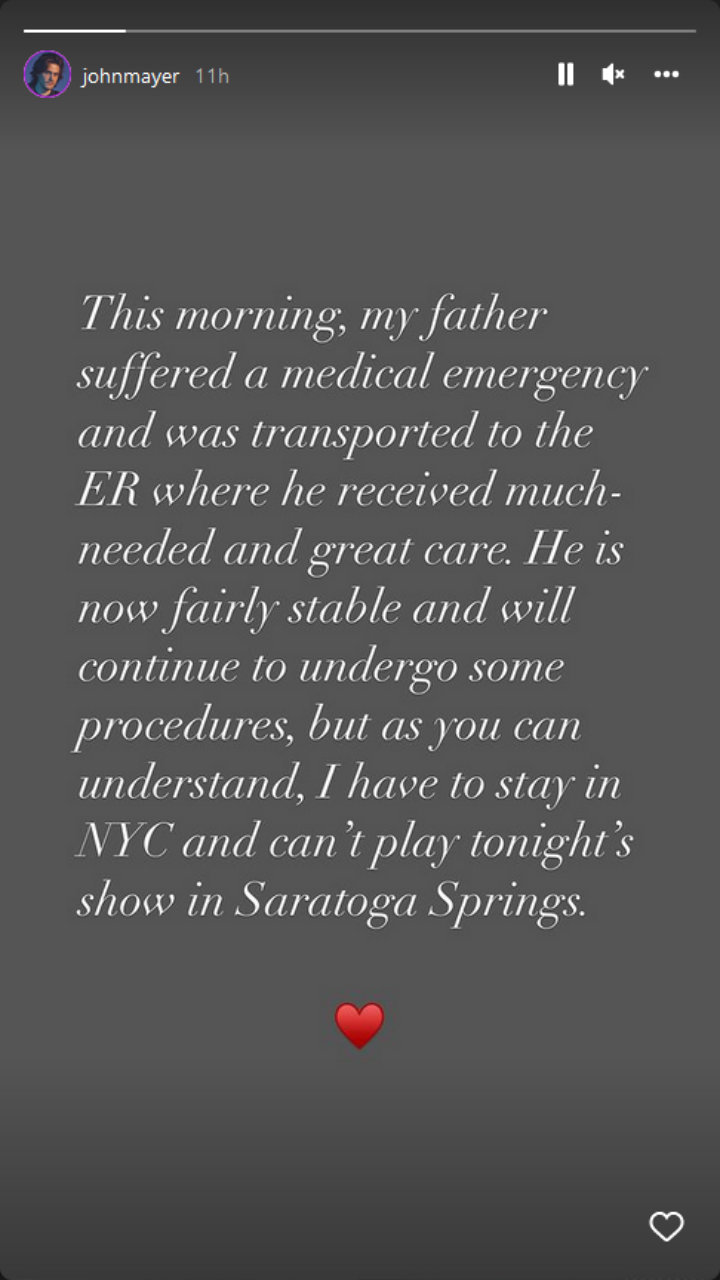 The band also confirmed the cancellation in a post on Twitter, writing, "Due to unforeseen circumstances, tonight's Dead and Company concert at Saratoga Performing Arts Center is cancelled." The announcement also read, "Tickets will be refunded automatically at the original point of purchase. The remaining Dead and Company tour dates are unaffected."

Prior to this, John revealed his father helped inspire his love of music as the former high school principal was a keen piano player. Back in February, 2021, John told Andy Cohen, "My dad was a piano player. He would play at the Rotary club, and he would play off the page. He was a written music player and I was an improv, spacey ... I didn't know how to read music. I still don't know if he quite gets how I've made it if I can't read music."