The 'Goosebumps' rapper still receives backlash despite showing thoughtful gestures by stopping his performance to tell fans to stop climbing a lighting truss and get down.

AceShowbiz - Travis Scott (II) still catches heat following Astroworld Festival tragedy. The "Goosebumps" rapper has been accused of staging moments when he stopped his New York concert to help fans who put themselves in danger.

On Monday, July 4, the 31-year-old hip-hop star joined the Coney Art Walls' lineup for their Independence Day event, "The Day Party July 4 with Meek Mill". At one moment, he stopped his performance to order fans to get down and stop climbing a lighting truss by the stage.

Before Travis restarted his set, he told the crowd, "If everybody ok let me get a 'hell yeah.' If everybody wanna party let me get a 'hell yeah.' " However, a few seconds later, he once again stopped the music to instruct fans surrounding him to "take two steps back." He then told the security to not "push the barricade," before speaking to fans who climbed the metal structures, "You gotta get down."

Upon seeing Travis' thoughtful gestures, social media users accused the "SICKO MODE" rapper of staging it. One person opined via Twitter, "Probably staged," with another adding, "Def staged for the press." A third chimed in, "He still gives no f**ks. media watching. only reason why he did that."

Someone else wrote, "It's too late for all that," referencing Travis' deadly gig in November that killed 10 concertgoers, who suffered "compression asphyxia" as their lungs were crushed in the deadly stampede at the disastrous concert. Another Twitter user penned, "You stop the concert now but ya should have at the other one as well and ya didn't."

Back in November, Travis insisted that he was unaware of the "severity of the situation" at the tragic festival. "My fans really mean the world to me. I always just want to leave them with a positive experience. I could just never understand the severity of the situation," he said in an Instagram video. He later stressed, "Anytime I could make out, you know, anything that's going on, you know I stop the show and, you know, help them get the help they need." 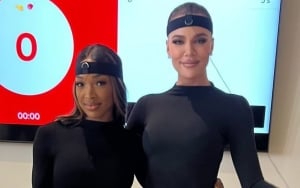 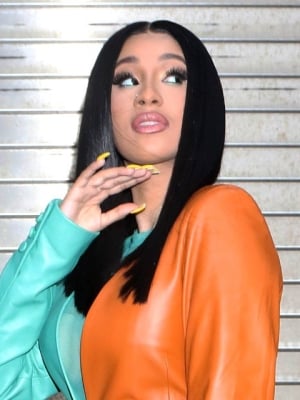