The Blink-182 drummer is expected to be 'OK' as his wife Kourtney Kardashian is reported to be trying to stay positive and remaining by his side at Cedars-Sinai hospital in Los Angeles.

AceShowbiz - Travis Barker is set to "be OK" after he was hospitalized with reported pancreatitis. The Blink-182 drummer's wife Kourtney Kardashian was reported to be trying to stay positive as she remains by his side at Cedars-Sinai hospital in Los Angeles.

A source told E!, "He was in extreme pain yesterday, and he and Kourtney were both really worried. It was to the point where he could barely walk. Kourtney is trying to lift his spirits and hates seeing him in excruciating pain." The insider added that the 46-year-old is expected to be "ok and is doing better."

Barker's apparent pancreatitis is believed to have been "triggered" by a recent colonoscopy, it was claimed on Thursday, June 30 by TMZ. It came after Barker's stepdaughter thanked fans for their "love and prayers" amid his hospitalization.

The drummer was rushed to the Cedars-Sinai Medical Center in Los Angeles, California, and Atiana De La Hoya, the daughter of Barker's ex-wife Shanna Moakler with pro boxer Oscar De La Hoya, said everybody's well wishes were "appreciated." She said on her Instagram Stories, "Thank you for the outpouring of love and prayers sent our way at this time. It is heard, felt and appreciated Xx. (sic)" 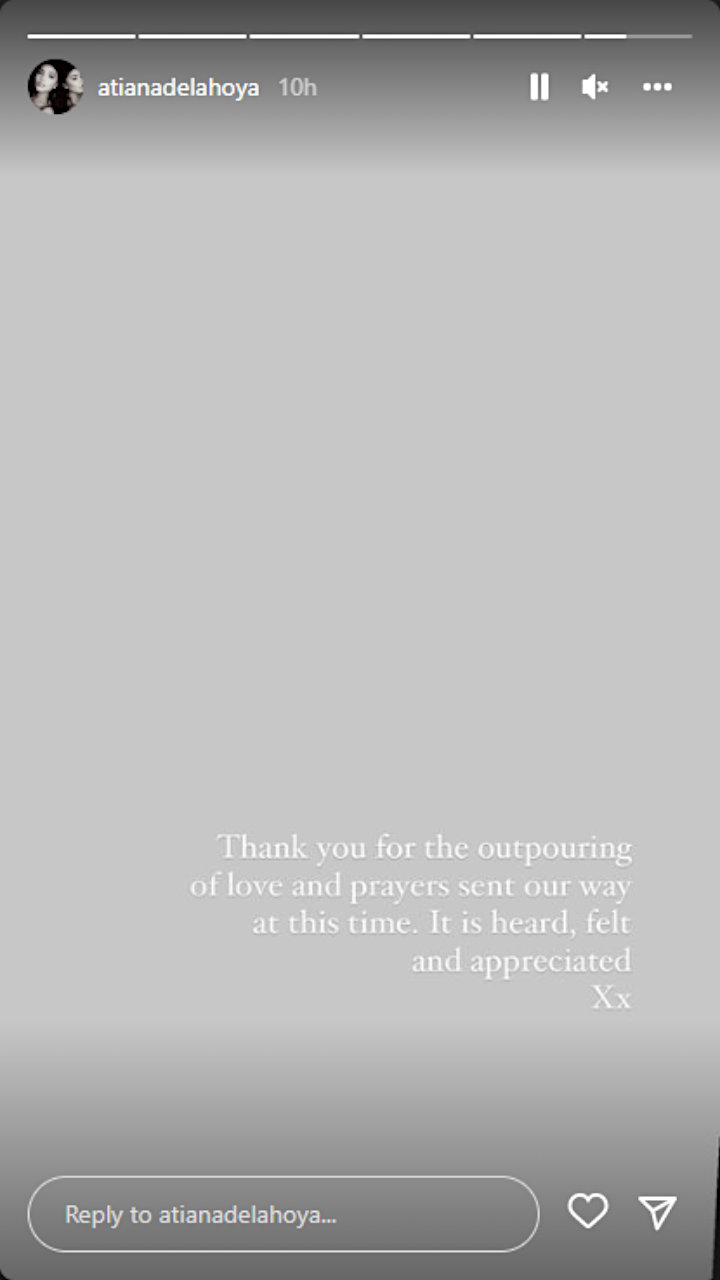 Barker's new wife was said to be refusing to leave his bedside. He was wheeled into Cedars-Sinai after tweeting "God save me" on Tuesday, June 28. His daughter Alabama Barker has also asked fans to "please send your prayers."

Rapper Kid Cudi, 38, took to social media to say he is praying for Barker. The "Pursuit of Happiness" rapper tweeted, "Travis I love u and im prayin for u." Cudi and Barker have been friends for years and collaborated on the drummer's 2011 song "Cool Head".

Barker's hospitalization came just over a month after the musician, who also has 18-year-old son Landon, got married to Kardashian in Portofino, Italy. They initially wed in May following practice nuptials in Las Vegas in March, before holding the third ceremony for family and friends in Italy.

Back in 2008, Barker was involved in an horrific plane crash wherein he was one of two survivors, while four people died.