The actress portraying Pepper Potts in the 'Iron Man' film series takes to her social media account to share a photo of her smiling alongside her ex-husband and her daughter Apple.

The 49-year-old actress, who was married to Coldplay star Chris Martin from 2003 and has Apple, 18, and Moses,16, with him, took to social media to reveal that her eldest child had finished high school and sent her well wishes to all of the graduates. She wrote on Instagram, "Congratulations to all of the graduates especially @applemartin" and emblazoned the post with a graduation cap emoji, a purple heart emoji, and a Class of 2022 sticker.

In the accompanying picture, the Goop founder can be seen smiling alongside her ex-husband as he embraces his daughter on her big day. 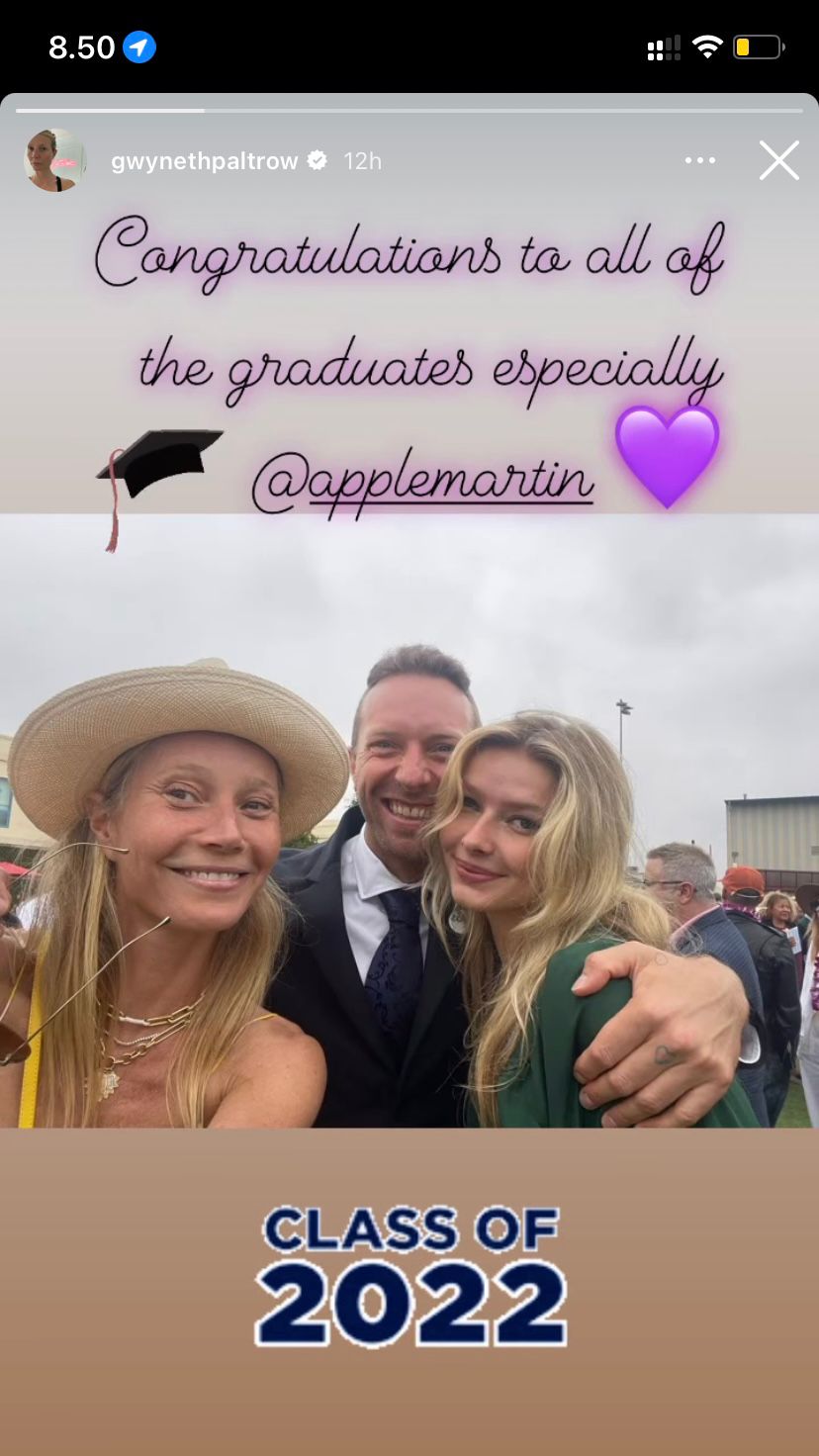 Meanwhile, the "Shallow Hal" star, who went on to marry producer Brad Falchuk in 2018 while Chris has been dating actress Dakota Johnson since 2017, recently revealed that it was Chris who first suggested Apple's name and she "fell in love" with the unusual name.

Gwyneth said, "Her dad came up with the name and I fell in love with it. I thought it was original and cool. I can't imagine her being called anything else." She added, "I spend a lot of time with [my kids] talking and watching. I read this quote. I think it was attributed to Banksy, the artist, who said something like 'This generation of parents will do anything for our kids, anything.' "

"Like, we will do anything for our kids except let them be who they actually are," Gwyneth continued. "And I read it, and I was like, I had chills, and I thought, 'God,' there are aspects of me that think, 'Well, you should do it this way because, like, that worked for me,' or 'Let's avoid this.' "

George Miller Desperately Tried to Cast Tilda Swinton in 'Furiosa': I 'Wanted to Make It Happen'