Despite sharing glimpse of her honeymoon with husband Travis Barker on social media, the Poosh founder seems to not be taking part in celebrating her ex-partner's special day.

AceShowbiz - Kourtney Kardashian might have been absent from the celebration of her ex-partner's special day. On Thursday, May 26, the Kardashian-Jenners clan were busy sending Scott Disick sweet birthday tributes on social media, but "The Kardashians" star was not spotted to be among them.

The 43-year-old Poosh founder, who was enjoying her honeymoon with new husband Travis Barker in Italy, has actually been active on her Instagram account for a couple of days before her ex turned 39. On his big day, however, she seemed to miss out on sharing any birthday post or Story dedicated for him.

While Kourtney went silent, her family members such as Kris Jenner, Kim Kardashian and Khloe Kardashian did not miss Scott's special day. First one to share a birthday tribute for the "Flip It Like Disick" star was Kris as she put out a collage of her photos with the birthday man. "Happy birthday Scott!!!!" she wrote on her Instagram Story, "Have a magical day. Love you!!!!!!" 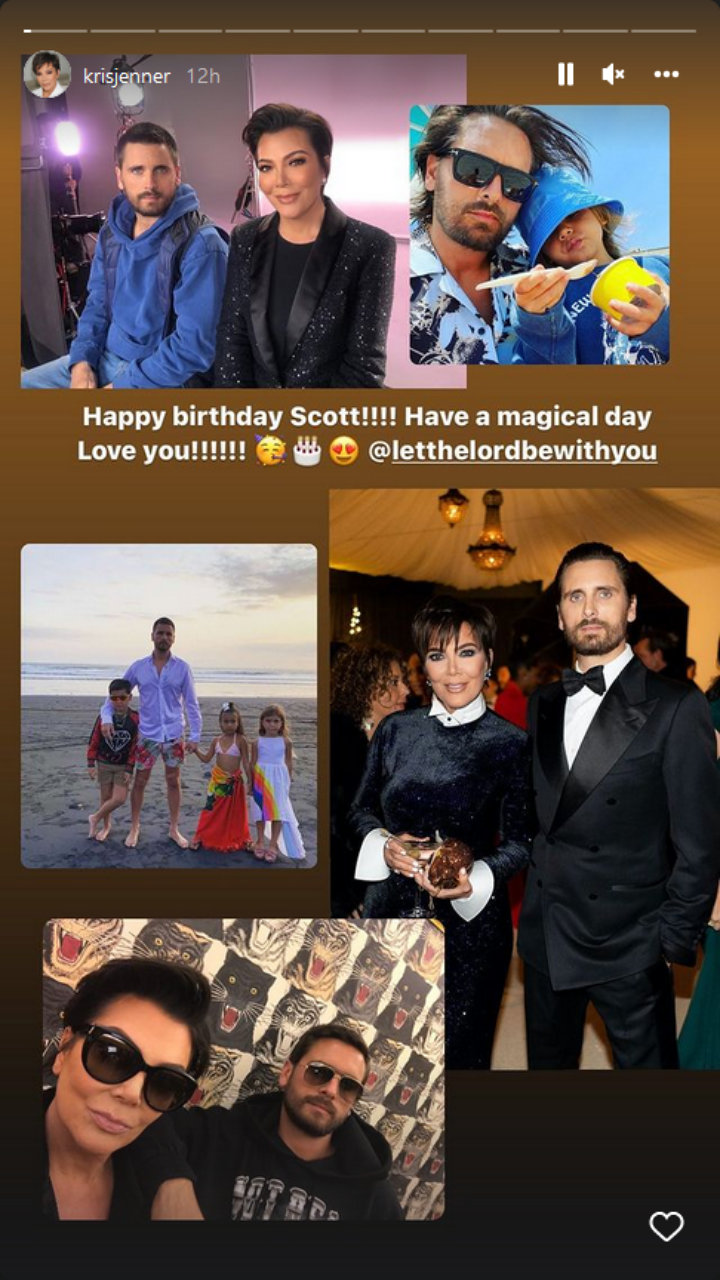 Kim followed after by sharing a series of photos capturing her sweet moment with Scott. Her first Story saw the two of them together. Along with it, the founder of SKIMS wrote a sweet message that read, "Happy birthday @letthelordbewithyou. I love you so much. I can't wait to celebrate w you!!!" Her second one showed her eating ice cream with him looking straight to the camera, and her last was a mirror selfie of them at a gym. 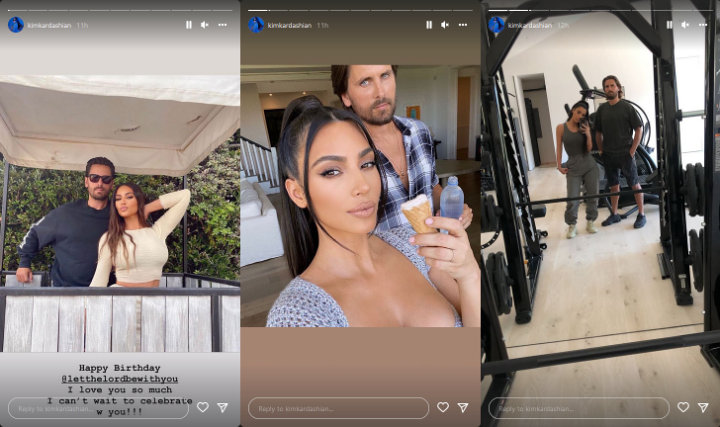 Khloe, on the other hand, went to the extra miles to celebrate Scott's birthday. She let out a series of her favorite moments with him, including their Todd Kraines prank they pulled on her mother Kris. Her first Story was a black-and-white picture of the twosome with a caption that simply read, "Happy birthday to my @letthelordbewithyou." 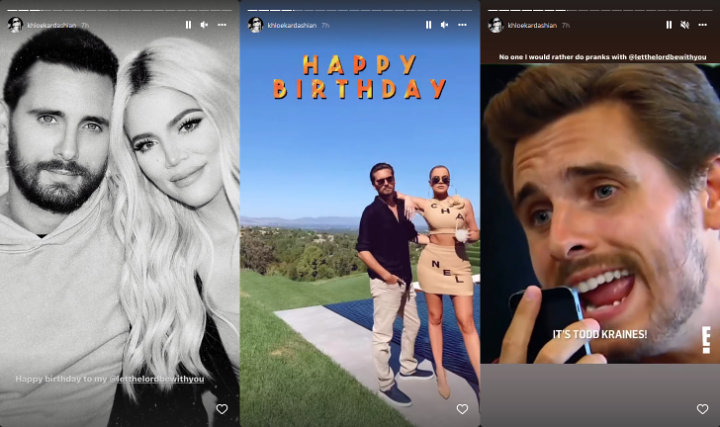 Khloe shared a series of her favorite moments with Scott.

A second Story displayed Khloe and Scott posing on a poolside, which she added a gif that read, "Happy birthday." Her third one was a clip from one of "Keeping Up with the Kardashians" episode where they again pranked Kris. "No one I would rather do pranks with @lethelordbewithyou," she wrote over the clip. She shared two other Stories of her and Scott in honor of his birthday. 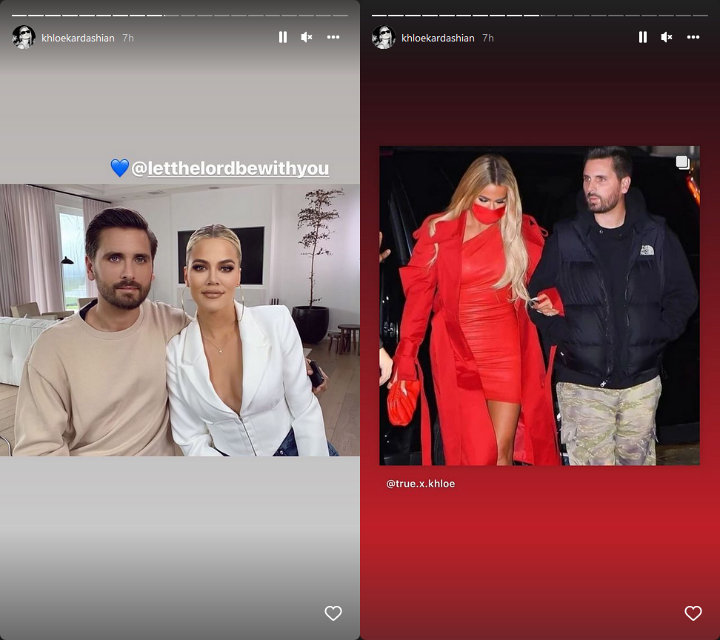 Khloe put out more pictures of her and Scott in honor of his special day.

Scott, the birthday man himself, reposted some of the sweet birthday wishes he received from the Kardashian-Jenners on his Instagram Story. Later, the reality TV star uploaded an Instagram video, which saw him and his three children. "Happy birthday 2 me! Biggest blessing of my life right here!" he wrote in the caption.

As for what Kourtney has been up to, the TV personality has actively shared glimpse of her honeymoon on her Instagram Stories. She put out pictures of beautiful scenery from where she was seemingly staying at. She also posted a picture of her meal and showed fans her obsession over olive oil glazed focaccia bread. She captioned the food post with a note that read, "breakfast, lunch and dinner."

The "Keeping Up with the Kardashians" alum tied the knot with her drummer husband in Portofino, Italy. Her lavish ceremony was attended by the Kardashian-Jenners family, her children and friends. However, Scott did not seem to be invited to the party. On her wedding weekend, he was seen going to Sapphire New York, a strip club, to have a lowkey party with friends.

"Scott is trying to distract himself from Kourtney and Travis' wedding and wants to have a fun time. He's still dating around and doing his thing," a source told Entertainment Tonight. "[Scott] has been trying to be respectful of Kourtney and Travis and let them have their moment."