The 23-year-old Grammy nominee released the song on December 1, 2021, just two weeks after he and Camila Cabello confirmed their breakup in a joint statement.

AceShowbiz - Shawn Mendes has released a music video for "It'll Be Okay". The gloomy clip, which was released on Thursday, January 13, sees the Grammy nominee walking down the streets of his hometown of Toronto.

The Jay Martin-directed clip opens with the Canadian star sitting alone by the street at night. He later laments his pain of a breakup while strolling around the snowy city under streetlights.

Shawn dropped the breakup anthem on December 1, 2021, just two weeks after he and Camila Cabello announced their split. The former couple, who dated for two years, said in a joint statement, "Hey guys, we've decided to end our romantic relationship but our love for one another as humans is stronger than ever."

"We started our relationship as best friends and will continue to be best friends," the exes further noted. "We so appreciate your support from the beginning and moving forward."

Later that month, Shawn thanked his online devotees for supporting "It'll Be Okay". He said in an Instagram video, "I just wanted to make a little video and say thank you to everybody who has been connecting with 'It'll Be Okay' and posting videos."

"I see a lot of TikToks of people crying and getting emotional and stuff, and I hope that's because there's some truth in the song and there lies honesty in it," he went on explaining. "And I just feel so proud of that song and I feel so grateful that you guys are connecting with it and I feel so grateful that people are be vulnerable with it and people are just having fun with it."

"I just wanted to come on here and show my love and appreciation," Shwan continued. "I see you guys and I see how much love you're giving this song and giving me and that means the world to me. So thank you, I love you guys."

Lisa Bonet Talks About 'Uncertainty' Prior to Jason Momoa Split

Shawn Mendes Looks Beaming After He and Dr. Jocelyne Miranda Were Seen Together Amid Dating Rumors 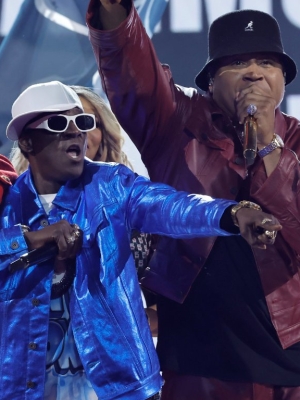