The actress portraying Cassandra Bowden on 'The Flight Attendant' celebrates her latest milestone nearly three months after filing for divorce from her husband.

AceShowbiz - Kaley Cuoco's latest birthday might not be the best one. "The Big Bang Theory" alum, who filed for divorce from husband Karl Cook nearly three months prior, admitted that she didn't feel "totally OK" as she turned 36.

On Tuesday, November 30, the actress took to her Instagram Story to post a picture of her and her horse at the stables. Alongside the snap, she lamented, "Sometimes it's okay to not feel totally okay. Even on ur bday."

Though so, the actress portraying Cassandra Bowden on "The Flight Attendant" managed to focus on the positive side as she shared one good thing from her special day. She gushed, "I have the greatest fam and friends there ever was." 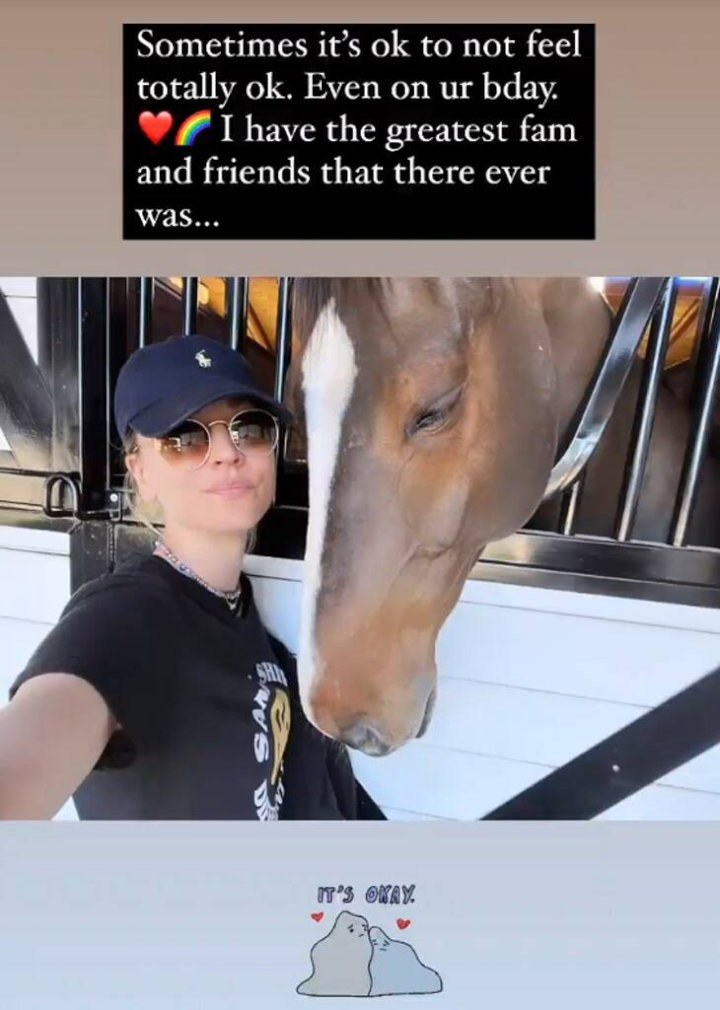 Kaley Cuoco lamented not feeling 'totally okay' on her birthday.

Kaley celebrated her latest milestone almost three months after she and Karl announced their split. "Despite a deep love and respect for one another, we have realized that our current paths have taken us in opposite directions," so read their joint statement. "We have both shared so much of our journey publicly so while we would prefer to keep this aspect of our personal life private, we wanted to be forthcoming in our truth together."

"There is no anger or animosity, quite the contrary," the message added. "We have made this decision together through an immense amount of respect and consideration for one another and request that you do the same in understanding that we will not be sharing any additional details or commenting further."

Kaley, who was married to Karl for three years, submitted divorce papers on September 3 in the Los Angeles Superior Court. She cited "irreconcilable differences" as the reason for their separation. The equestrian himself has responded to the filing. In the documents, he noted that he wants to be given back his "miscellaneous jewelry and other personal effects."

Jayda Cheaves Stresses She Won't Date Quavo Despite Hinting So