The Kylie Cosmetics founder first offers a glimpse of the gold band on her ring finger in an Instagram post which shows another ring she's just got from her on-and-off boyfriend.

AceShowbiz - Kylie Jenner and Travis Scott (II) may be ready to take their relationship to the next level, now that they are going to welcome their second child together. The reality TV star sparked a speculation that she may be married to her baby daddy after flashing a mystery ring.

The pregnant star first gave a glimpse of the mystery band when showing another ring that she got from her on-and-off boyfriend. In an Instagram post she uploaded on Tuesday, November 2, the 24-year-old revealed a matching diamond ring with her daughter Stormi.

After seeing the post, fans noticed that Kylie is also wearing a gold band on her ring finger. She was wearing the same ring when she was spotted out in Los Angeles later that day. In pictures obtained by Daily Mail, the cosmetics mogul dressed down in baggy black layers while carrying a thick white jacket as she arrived at the airport in her custom Rolls Royce Cullinan SUV. 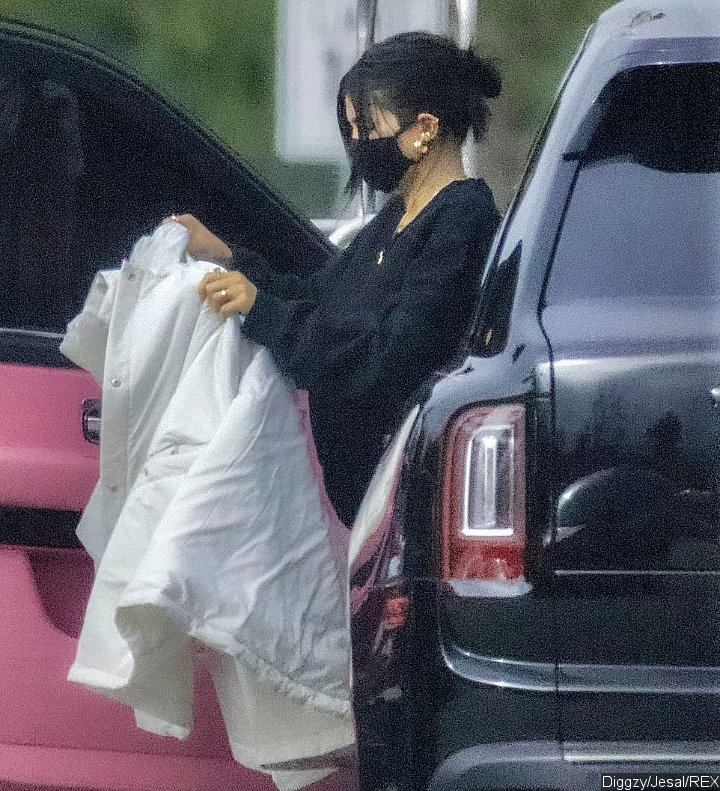 Kylie Jenner flashed a mystery ring on that finger when arriving at an L.A. airport.

The mystery band with Travis calling Kylie "wifey" this summer fueled the speculation that they may have walked down the aisle. However, a source tells E! News that the "speculation is not true at all." In fact, the couple seemingly doesn't have any plans to tie the knot just yet as the so-called insider states, "They are not engaged."

Meanwhile, Kylie's new diamond ring, which she wears on her index finger, features two cuts of diamond in a baguette and pear shape each. The ring is estimated to cost about $300,000. As for Stormi's, it features similar diamonds in smaller size and costs around $40,000.

The jewelry piece, which appears to be "matching Toi et Moi rings," is said to hold sentimental meaning "because it symbolizes the union of two people," according to Jenny Luker, the president of Platinum Guild International USA.

Danielle Leeann Chin, a diamond stylist at Ultimate Diamond, adds that the ring style is "representative of any type of love and everlasting bond, such as that between family-especially mother and daughter."