AceShowbiz - Kanye West and Justin Bieber have been turned into animated "The Simpsons" characters for this year's Balenciaga show at Paris Fashion Week.

In the episode, which pokes fun at the pretentious French fashion elite, Balleciaga bosses invite "The Simpsons" characters to model their wares at Paris Fashion Week after learning Marge Simpson is a superfan.

In one scene, Homer hits the runway, as Wintour, Kim, Kanye and Bieber watch him from the front row.

Kim, who is a big Balenciaga fan, got such a kick out of being immortalized as a Simpsons cartoon she shared a still from the episode to her Instagram Stories on Saturday. 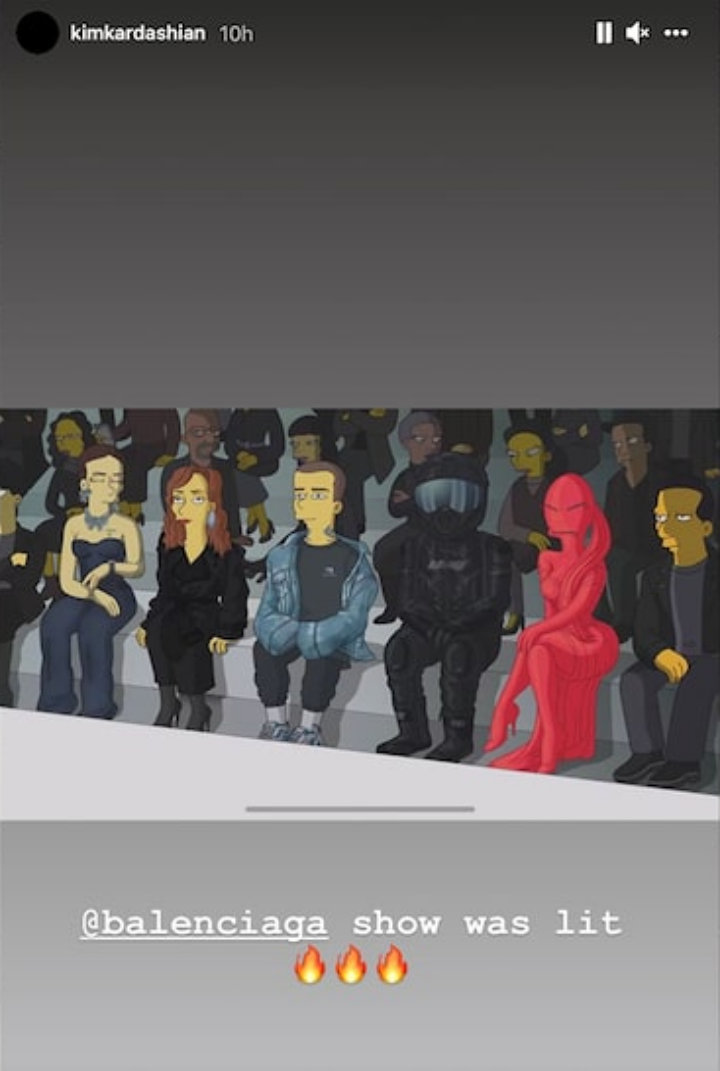 Kim Kardashian shared a still from 'The Simpsons' special episode on her Instagram Story.

Back in September, executive producer Matt Selman talked about the animated series' season 33 premiere, "Star of the Backstage", that presented Homer and Marge as teenagers in 2000 and saw Marge stage a revival of her high school musical, "Y2K: The Millennium Bug".

The 50-year-old writer/producer went on to add, "They've been teens in every decade, and everyone's angry that we've rewritten it."