The Sports Illustrated model bares her midriff in a new mirror selfie as she announces that she has given birth to a baby boy, her first child with boyfriend Geron McKinley.

AceShowbiz - Danielle Herrington has shared the happy news that she has given birth to her first child.

The 28-year-old model announced on her Instagram Story that she and her boyfriend Geron McKinley have welcomed a son.

Herrington, who was the cover star of Sports Illustrated Swimsuit's 2018 issue, shared a mirror selfie in which she's seen holding her newborn.

She captioned the photo, "It's already been 2 weeks with my boy." 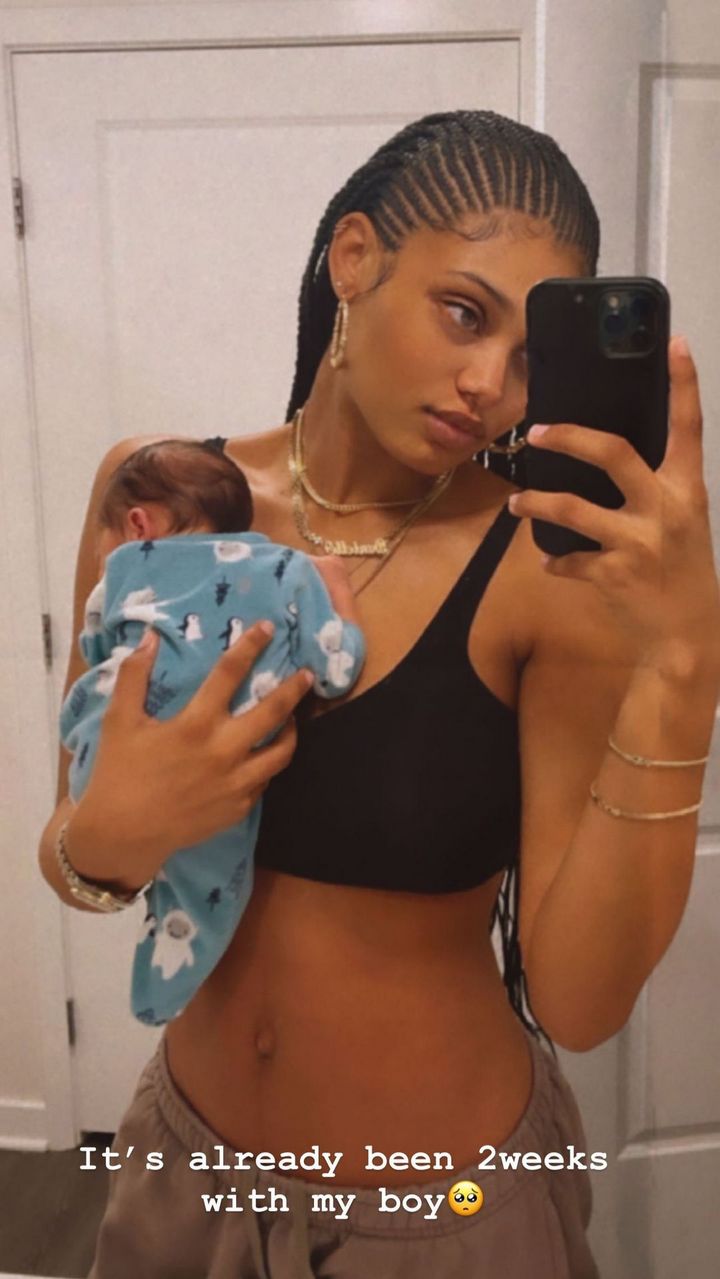 Danielle Herrington took a selfie with her baby boy

Herrington discovered she was pregnant just days after posing for SI's 2021 issue in January (21).

The beauty had no idea she was expecting when she posed in her bikini on the beaches of Miami, Florida for the coveted gig and was given a shock upon her return home to Los Angeles when she started feeling ill.

"Four days after the shoot I found out that I was pregnant," Herrington told the New York Post.

She ended up taking a total of seven pregnancy tests before the news was confirmed by her doctor.

"I found out I was about five-weeks pregnant," she shared. "And I was in complete shock."

Herrington suffered through a "really bad" first trimester as she struggled with constant morning sickness.

"I'm excited to birth him, see his face and watch him grow," she shared at the time.

The model was determined to continue her modeling career after giving birth. "I don't think [a] baby stops your whole life," she reasoned. "I think that [even as a mom] you can still be who you are and still have children."

Zachary Levi Not Impressed by His Marvel Role in 'Thor' Movies