Younes Bendjima leaks a DM from Scott in which the restaurateur calls out the mother of his children for putting on a steamy display with her current beau during their Italian vacation.

AceShowbiz - Scott Disick has been caught dissing his ex Kourtney Kardashian behind her back. On Monday, August 30, the reality TV star's other former boyfriend, Younes Bendjima, exposed the restaurateur for trash talking her over her hot romance with Travis Barker.

On Monday night, Younes, who dated Kourtney on and off from 2017 to 2018, posted on his Instagram Story a screengrab of DM from Scott. In his message to the Algerian model, the father of three allegedly wrote, "Yo is this chick ok!???? Broooo like what is this. In the middle of Italy," along with a picture of Kourtney and Travis making out on a boat during their romantic vacation in Italy.

Refusing to play along with Scott's shade, Younes replied, "Doesn't matter to me as long as shes happy." He added to Scott, "PS: I aint your bro." Not stopping there, the former boxer went on blasting the self-proclaimed Lord Disick as writing over the image, "keep the same energy you had about me publicly, privately."

Younes further suggested that this was not the first time Scott got petty. "couldn't miss this one. He been playing around for too long, tried to stay quiet and be the nice guy," so the 28-year-old hunk added in a separate Story. "back to work now." 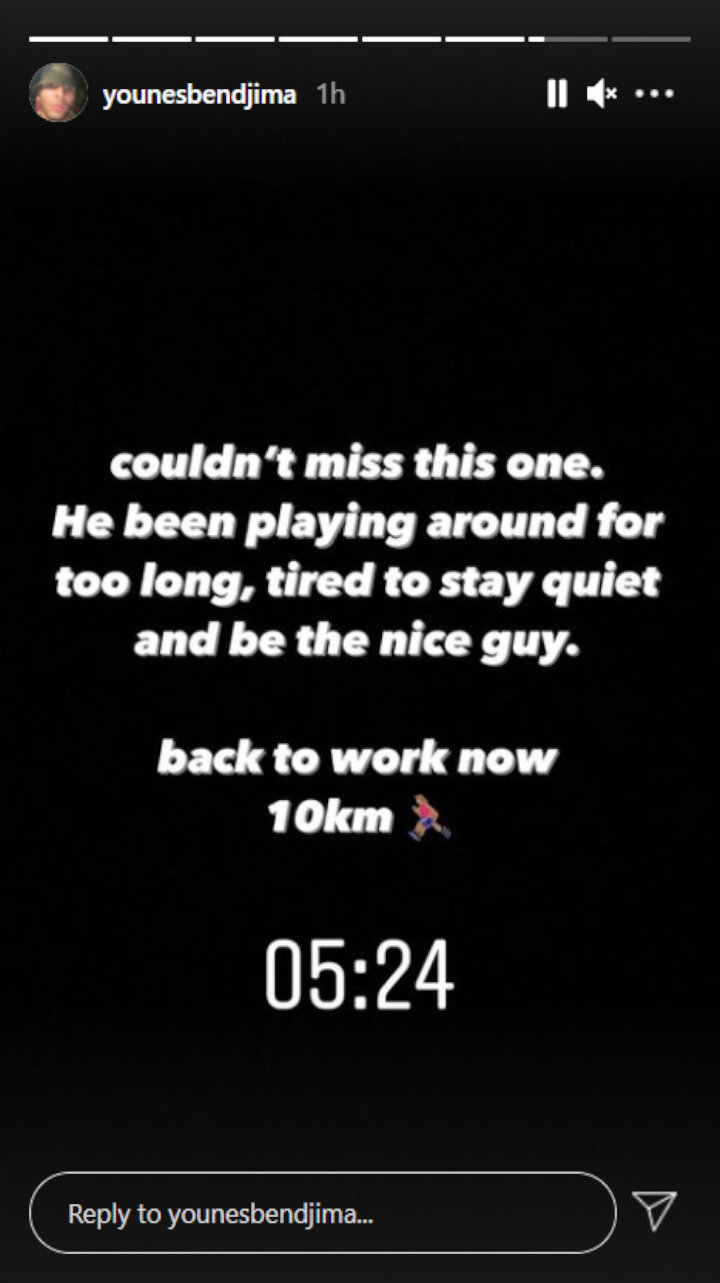 While Scott's nasty comment about Kourtney and Travis' comment seemingly stemmed from jealousy, it's interesting considering he is now in a relationship with Amelia Hamlin. Some fans quickly pointed this out, with one writing, "But he with a high schooler....STOP YOUR S**T SCOTT."

Another blasted the 38-year-old, "He was frolicking in the field with 18-year-old girls… What is THAT?!?! Tf." Similarly, a third commenter wrote, "Scott you out here with 19 yr olds soooo."

Some others laughed at Scott for failing to get Younes ganging up on Kourtney. "Oop Scott thought he had a friend," one mocked him. Another echoed, "Scott is upset trying to get her ex upset as well ... weird." Others, meanwhile, called him "Bitter" and "MESSYYYY."

Shenseea on Haters Saying She Trades Her Soul for Kanye West's 'Donda' Inclusion: 'I'll Take That'